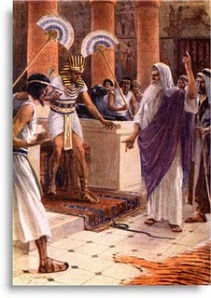 All quotes, unless otherwise noted, are by Stephen Hawking from his book A Brief History of Time.

“A theory is a good theory if it satisfies two requirements: It must accurately describe a large class of observations on the basis of a model that contains only a few arbitrary elements, and it must make definite predictions about the results of future observations.”

“Any physical theory is always provisional, in the sense that it is only a hypothesis; you can never prove it. No matter how many times the results of experiments agree with some theory, you can never be sure that the next time the result will not contradict the theory. On the other hand, you can disprove a theory by finding even a single observation that disagrees with the predictions of the theory.”

“If they will not believe you (Moses) or heed the witness of the first sign, they may believe the witness of the last sign. But if they will not believe even these two signs or heed what you say, then you shall take some water from the Nile and pour it on the dry ground; and the water which you take from the Nile will become blood on the dry ground.” Exodus 3: 8,9 NASB

Anyone can examine evidence, come to certain conclusions about that evidence and believe that their conclusions are correct. Orville and Wilber Wright believed that a heavier than air machine could fly. Their faith in that belief built an airplane. After building the airplane, they trusted in what they built and flew it. Our beliefs can be incorrect. We can place our faith in things which are not true. We can trust in things which are not true and people who will let us down.

They also believe, with a dogmatic faith, that the records of the Bible are untrue, or at least unscientific. Yet the historic record of Moses meets every test for science. It has multiple, credible witnesses. It was repeated. It can be falsified. It accurately predicted the future. It is based on observation and reason, Men reject Moses, not because of science, but because their religion is opposed to Moses.

“What was from the beginning, what we have heard, what we have seen with our eyes, what we have looked at and touched with our hands concerning the Word of Life.” 1 John 1:1. NASB This is both scientific and legal testimony. John is either telling the truth, the whole truth and nothing but the truth or he is lying.

The scientific information of the Bible records that the processes which govern the universe today are different from the processes which brought the universe and life on this planet into existence. These records are as scientific as the photographic plate which record the collision of antimatter with matter. As anyone can mistrust or disbelieve the photographic plate, or the interpretation of the information on that plate, so we can mistrust or disbelieve the scientific information recorded in the Bible.

The scientific records of Moses have no less authority than the peer-reviewed studies produced today. The basic difference is the information. Modern peer-reviewed studied usually have false conclusions for the primary content. The actual scientific data is usually contained in footnotes, appendices and attachments. In the published articles the conclusions usually lead. I believe the reason for this common layout is the difficulty very educated men have understanding how the available data supports their conclusions.

One thought on “The Religion of Physics IV: What is “Scientific Evidence?””