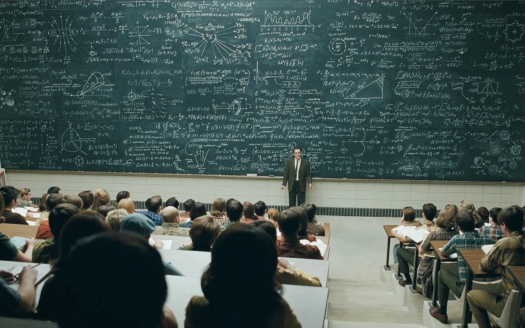 There are only three possible systems to teach Arithmetic and Mathematics. First is to teach without any system. This is poor teaching. It is often disguised as loving, motivating and capturing a student’s interest. While these are admirable goals, much or even most of the subject material will be ignored while a very few things the student finds interesting will be emphasized. Students taught by this method, or rather by these methods, usually find math to be a great deal of fun. However, as a rule, they do very poorly on standardized tests.

Second is the traditional method which everyone is familiar with. It is often called the unit method. A unit with many chapters covers one subject thoroughly, then moves on to the next unit where a different subject is taught. The older textbooks had little or no review of previous units. The more modern textbooks have added more review, usually by increasing the number of problems at the end of each chapter. Following the 1989 Math Standards, this “spiral review” makes traditional math more like the incremental approach. Traditional methods usually produce traditional students. Some hate math, some love math, but most students just view math as something put up with.

Third is the incremental approach. In the United States this has been widely popularized by the Saxon system. Saxon is the system I taught in High School. The incremental system teaches one small concept each day, has just a few exercises on the material taught that day and uses most of the homework time for review problems. The incremental system is difficult to develop for a publisher. It is a great deal of work but produces students with phenomenal math skills. When rigidly followed, the Saxon system produces the highest standardized test scores, but leaves a huge number of students hating math.

The number of exercise problems in the Saxon system is enormous. The way I handled this as a teacher was to encourage my students to work the problems as fast as possible. I graded homework on a pass/fail system. They had to show their work to pass, but did not have to get the answer correct. At the beginning of class students exchanged homework, I gave out the correct answers and the other student grading the papers marked the number correct and number incorrect at the top of the paper. The homework was returned to its owner. Then anyone could ask questions about anything they did not understand. This rarely took more than ten minutes. Then I went over the new concept and students had the rest of the class period to work on the homework. Questions were acceptable at any time. Most students finished the next day’s homework in class. I graded tests on correct answers. If a student was confident that they had all of the answers correct, they only needed to record answers. I had several students like this. If they chose to show their work, I could give partial credit if an answer was wrong but at least part of the work was correct. Partial credit was subjective and not subject to review.

There are three major problems with the Saxon method. The first is cost, but used textbooks are readily available because the system has been in place for decades. Saxon textbooks for each grade level are usually more than $60 new. If you want the answers to the enormous number of problems, then you will also need a teacher’s edition. Saxon also makes slightly more expensive homeschooler packets where a student textbook is supplemented with a teacher packet. Second, the volume of work overwhelms slower students. Third is the lack of problem solving. This was another reason for my emphasis on speed. This gave me one day a week to set the textbook aside and give extra credit problems. This is a major problem for homeschooling parents since they have neither the time to develop word problems nor the financial resources to purchase additional materials, which are often quite expensive.

A possible solution is another incremental approach, the Singapore method. Written by the Singapore Ministry of Education, it was brought to the United States in 1998. Unlike Saxon, Singapore Math begins with problem solving. From the student’s perspective, it is the most interesting approach to math that I know. Also unlike Saxon there is no one book for the entire year. The individual books start at a little over nine dollars and go up to around thirty dollars. You will need several paperback books per year, so if you have several children who could reuse a hardback textbook, the overall cost is likely to be higher than Saxon. Singapore Math is known by a variety of titles worldwide and is translated into many languages.

Singapore Math denies that it is an incremental approach because the term “incremental approach” implies the heavy review of problems of the Saxon system. In fact, the “word problems” build on the previous previous “word problems.” Their system is the concrete >pictorial>abstract approach. It is impossible, however, to progress without understanding the previous lesson. Since massive drill is removed, students who transfer to this system from traditional or Saxon approaches often find they are learning more with less work. Parents who use Singapore Math, however, say the additional drill books in the program should be considered essential, not optional.

Most people know something about building a house, even if they have never worked on one themselves. Very few of us, however, know anything about the actual methods used in homebuilding, unless we make our living in the construction trades. We are only interested in the cost, the length of time it takes, how much it inconveniences us and the final results. We do not care that hand tools were replaced by power tools, which were replaced by more efficient power tools. Yet a master builder still must understand and learn the basics of the building trades.

Education in Arithmetic and Mathematics is similar to the building trades. Cashiers who had to add and subtract all financial transactions in their heads are long gone. They were first replaced by adding machines, which were replaced by cash registers which did the adding, which were replaced by bar code scanners tied into a central data base with spreadsheet capacity. Though humans will never match the computational abilities of machines, these machines require human guidance. Without this human guidance, machines will never know what to do with their incredible computational power.

Though many homeschooling parents want a quality traditional education for their children, this often includes hours of memorization of mathematical functions which a calculator can do in less than a second. Since people do not always have a calculator and standardized tests require these skills, students still need to understand how to do basic arithmetic and mathematics without any type of aid.

The clearest example is the times tables. Every student needs to memorize these, probably up to 12×12. Every student will be faced with real life situations as well as standardized tests where basic multiplication skills without a calculator will be required. However, taking valuable time to drill over and over again until the student can write down these times tables in mere seconds is not only a waste of time, but teaches that math is pointless and boring. The end result will be a student who hates math. And the student who spent far less time memorizing the times tables can still get a perfect score on the test.

As a Christian School teacher, I had 11th grade students come to me, saying that they “could not get algebra.” Neither stupid nor rebellious, these students had flunked Saxon Algebra I twice and needed two years of HS math to graduate.

The problem is the way we teach Algebra. Often many elementary school students and preschoolers use Algebra without knowing it. Their introduction to Algebra is usually just fill in the blank, such as 3+_=5. What goes in the space? Though there is only one correct answer, the concept of a blank is a variable, which is Algebra. Add another blank and we now have more than one correct answer, such as _+_=5. Just using whole numbers, the first blank could be a 0, or a 1 or a 2, which would make the second blank a 5 or a 4 or a 3 (answers could be reversed). Many elementary school students who used the fill in the blank, or box or whatever have never heard of the word Algebra.

Ask a group of students if they know what money is. They will usually laugh. Without raising hands, ask if they have any money. If they do not, then ask if they know someone, such as their parents, who has money. Tell them to think about a specific amount of money. Then ask if they would like to buy something. It does not matter what the something is as long as it costs less than the amount of money they are thinking about. If they buy it, how much money will they have left?

I have never talked to anyone who did not completely understand this problem, unless the child was so young that he did not understand money. Many of these same students, even high school students, however, are completely unable to solve x-y=z. The money you have is a variable. If a group of students answers this question, then almost every student will name a different amount of money. What is purchased can be any price and the amount of money left over is a variable. It can be written (amount of money)-(purchase price)=(money left over). This is the same as (BeginMoney)-(Purchase)=(EndMoney) which is the same as BM-P=EM, which is the same as x-y=z. This is both Algebra and problem solving.

The money problem can become much more complicated and most students still handle the problem with little difficulty, even students who are completely unable to handle the simplest Algebra. Suppose your parents help you buy something because you do not have enough money and the item you purchase has several parts. The problem could be written this way: (MoneyYours+MoneyParents)-(ItemA+ItemB+ItemC)=NoMoney. It could also be written(a+b)-c+d+e)=f, so f+(c+d+e)=(a+b). All that means in this example is that the three items you want to purchase have the same value as the money you and your parents have. The answer is textbooks which show how Math is a part of our everyday lives.

“Mathematics is the language with which God has written the universe.” Galileo Galilei.

3 Replies to “Principles for Teaching Arithmetic and Mathematics”