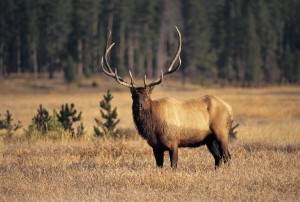 Today we Christians hear many messages designed to make us feel better, and above all to be easy to digest (understand, absorb), like chicken soup. Much “feel good” Christian teaching is, however, not biblical.

I Corinthians 3:1 says, “And I, brethren, could not speak unto you as unto spiritual, but as unto carnal, even as unto babes in Christ. I have fed you with milk, and not with meat: for hitherto ye were not able to bear it, neither yet now are ye able.”

Milk is good for babies. It’s easy to digest. Paul calls these “milk-drinking” Christians carnal. They shouldn’t be babies. They should have grown up by now. Today we have lots of carnal Christians subsisting on milk. We have based this blog on a passage of Scripture today’s “milk-fed” Christians might not know.

Hebrews 5:11-14: “Of whom we have many things to say, and hard to be uttered, seeing ye are dull of hearing. For when for the time ye ought to be teachers, ye have need that one teach you again which be the first principles of the oracles of God; and are become such as have need of milk, and not of strong meat. For every one that useth milk is unskillful in the word of righteousness: for he is a babe. But strong meat belongeth to them that are of full age, even those who by reason of use have their senses exercised to discern both good and evil.”

The writer of Hebrews wants to teach his audience so much, but they are not concentrating and taking in the message. He says they ought to be teachers by now, but they’re back to being milk-drinkers. They need to learn the “first principles” all over again.

Here’s the key portion of the passage: “such as have need of milk, and not of strong meat.” Elk jerky is about the “strongest” meat we could think of. That’s why it says in the banner, “It’s tough, but you need it.” Soldiers carving a victory out in time of war could pretty much live on jerky. It builds you up, but it’s kind of tough if you’re used to milk. Christians should understand that they are battling to carve out a victory for Christ. If you are a “milk-drinking” Christian, it’s time to get used to some elk jerky to feed your soul.

Our Findley Family Video Publications website states that our main purpose is to “Disestablish America’s Established Religion,” Secular Humanism. The blogs on this site are going to cover, a little more briefly and less colorfully, the areas in which Secular Humanism has taken over our world. You’ll find as you follow our posts that it’s taken over every area. History, Science, Culture, Education, Politics, and even the churches, are permeated with secularism.

We are in the Conflict of the Ages, fighting the Prince of this World and spiritual wickedness in high places. We need survival rations for that battle, something light, easy to carry, but packed with what you need to keep going and growing. That’s what elk jerky for the soul really is.

One thought on “What’s Elk Jerky for the Soul?”