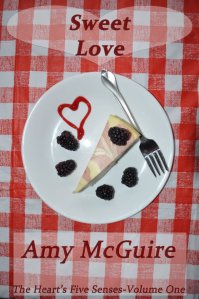 Anjaline was born in Quito, Ecuador. That’s what drew me to the book, because I worked with a sweet young woman who came from Ecuador. We became good friends. From a festival of fruit and flowers Anjaline is pulled away to British Columbia by her stepfather’s work. Anjaline reacts in typical teenage fashion, storming and sulking the whole way. The author makes some engaging contrasts between warmth and cold, freezing and thawing, beginning with the festival mood in Ecuador and Anjaline’s cold withdrawal in British Columbia. This theme was nicely done.

I loved the references to Anjaline’s aunt’s fruit essence products. When I saw the cover, I thought this was going to be a foodie romance and was surprised to find no real relationship between the cover and the book. There are special meals mentioned and  traditional foods, and the significance of these, and of fruit in the book, might suggest a better future cover to the author.

I liked Gabriel, the main male in the book. He hand-carves beautiful wooden objects. He can handle himself in the wilderness, searching for the lost, but he’s not socially at ease, stuttering in moments of stress. I considered him the most realistic character in the book. This includes his bad handling at times of both his love relationship and an ongoing family problem. It was very realistic, the way he dealt, or didn’t deal, with this family issue. In fact, I think all the males in the book were very realistic and well-portrayed. The females, sadly, seemed pretty shallow and one-dimensional.

I was given a copy of this book for review by the author. I probably shouldn’t read teen romances because I tend to be turned off by the very introspective point of view. I went through my teens years focused almost exclusively on me, and that’s pretty much what the characters in this book do. I had hopes that there would be a growth in selflessness a little earlier in the book, though. There was quite an investment of time (more than half the book) before my hopes were rewarded. But in the end I thought the growth in selflessness was something I was told about by the author rather than shown by the characters. 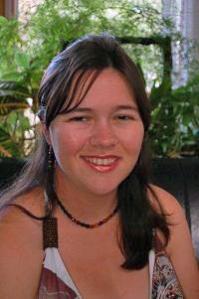 One Reply to “Review of Sweet Love by Amy McGuire”