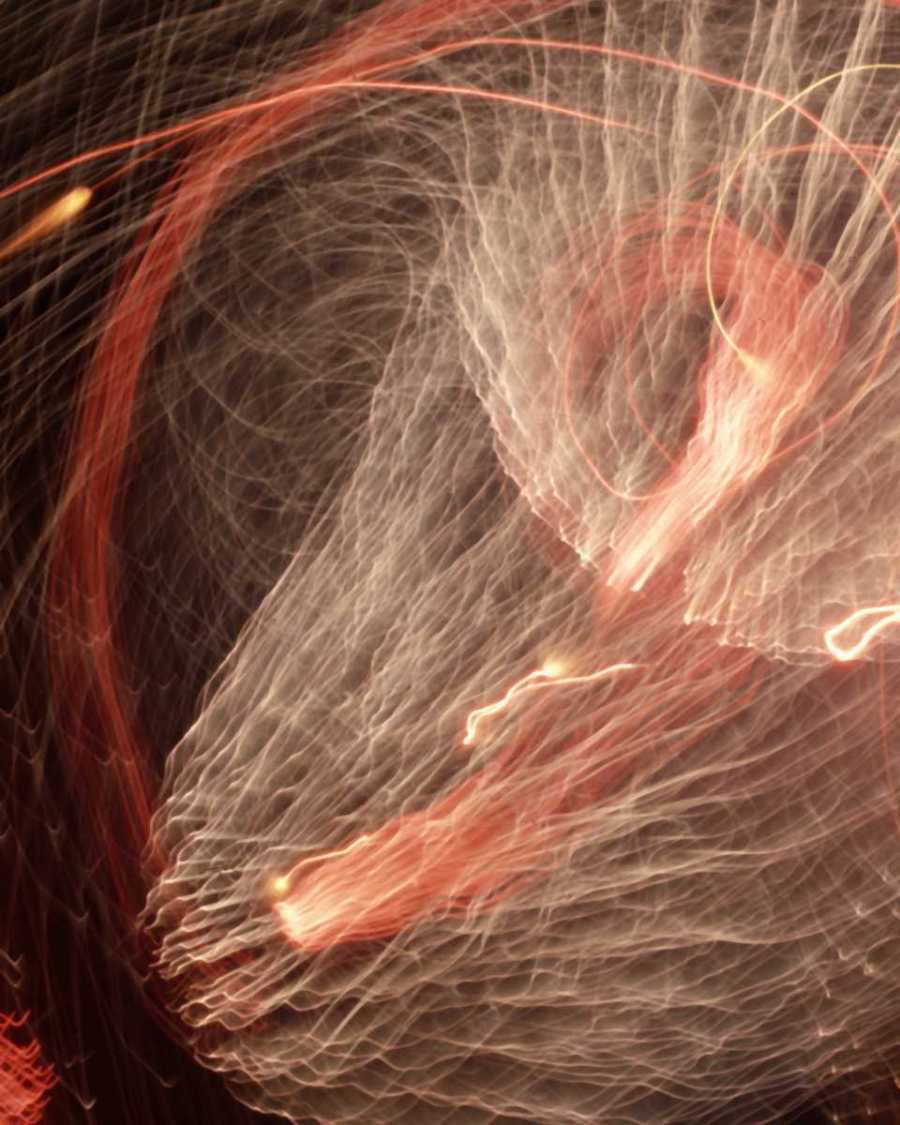 Refuse foolish and ignorant speculations, knowing that they produce quarrels. The Lord’s bond-servant must not be quarrelsome, but be kind to all, able to teach, patient when wronged, with gentleness correcting those who are in opposition, if perhaps God may grant them repentance leading to the knowledge of the truth, and they may come to their senses and escape from the snare of the devil, having been held captive by him to do his will. 2 Timothy 2:20-26 NASB.

I freely admit that I am not as gentle as I should be. I have no desire to be quarrelsome, but it is important to preach the gospel. It is frequently said that talking about origins does not preach the gospel.

Jesus said, “Do not think that I will accuse you before the Father; the one who accuses you is Moses, in whom you have set your hope. For if you believed Moses, you would believe Me for he wrote about Me. But if you do not believe his writings, how will you believe My words?”

When Moses writes clearly and plainly and we reject the words of Moses, we are rejecting Jesus. Jesus does not present a gospel where we can pick and chose which parts we like and we which parts we can ignore or reject. I believe with all my understanding that is exactly what Progressive Creation does.

I have never met any of the men who claim to be progressive creationists. They might be kind, gentle and much less quarrelsome than I am. They might be more eloquent, more handsome, smell better and exude charisma. But, as I read their writings and listen to their audio, I see and hear what Paul warned the Galatians about: “another gospel.”

We need to carefully examine what they claim and compare it to both science and the Word of God. With great sorrow I admit that there is no possible way of being both honest and brief. To be as brief as possible, I will link to other sites and articles.

First, truth does not depend on the number of people who accept it. Factual, actual, accurate truth might be rejected by the entire human race, but it is still true.

“Science is the study of the world around us, the use of the experimental method and the improvement of our lives through the application of technology.”

“A true open mind is founded in belief, faith and trust. The historic meaning of believe is to perceive or understand with the mind and then make an informed decision. The most basic use of the word believe which the average American would understand is that of a juror in court. Which witness do you believe? Which piece of evidence is believable? A synonym would be the word credible. When we believe something or someone and then act on that belief, that is faith. The active part of belief is faith. The passive part of belief is trust. Suppose your brother says that he will drive you to the doctor. If you believe him, then you understand what he says and you make a decision to get ready. If you get in the vehicle with him, that is faith. You act on your belief. When you sit in the vehicle as he drives, that is trust, a passive reliance on what you have proven true. You trust in his driving skills. You trust in the vehicle. You trust the roads, etc. Everything we do is a combination of belief, faith or trust. By restoring their historic definitions, belief, faith and trust re-emerge as the clear language of true experimental science. These terms were deliberately segregated from science to deceive people into believing Secular Humanism.”

Next is “Progressive Creationism.” Two speakers who publicly espouse this position are Bernard Ramm and Hugh Ross. Bernard Ramm defined progressive creationism as “creation was revealed [pictorially] in six days, not performed in six days,” with God intervening periodically to create new “root-species” which then “radiated” out. This allowed geological formations such as coal to form naturally, so that they “might appear a natural product and not an artificial insertion in Nature,” prior to the creation of mankind. (The Creationists: The Evolution of Scientific Creationism by Ronald L. Numbers 1993 p. 186). This is also called the day-age theory. They accept the geologic column and death before Adam.

This is a statement from the Reasons to Believe website founded by Hugh Ross, under their “About” section:

“We believe the Bible (the 66 books of the Old and New Testaments) is the Word of God, written. As a ‘God-breathed’ revelation, it is thus verbally inspired and completely without error (historically, scientifically, morally, and spiritually) in its original writings.”

Ross accepts the billions of years age of the Earth, the Geologic strata as representing eras, and everything evolution proposes except for the changes from one species to another.

“The Day-Age construct preserves the general sequence of events as portrayed in the text and is not merely a response to Charles Darwin and evolutionary science. From ancient times there was recognition among Bible scholars that the word “day” could mean an extended period of time.”

Ross’s argument for the “Day-Age” theory of creation assumes that Moses did not mean “day” when he wrote day, or “evening and morning” when he wrote that phrase. He says he believes in the inerrancy of Scripture but redefines clear, straightforward words and phrases in the text, thereby proving that he cannot, in fact, accept the plain words of Scripture and rejects Moses as authoritative.

The Reasons to Believe website includes a chart laying out the billions of years before the creation of man. It explains the need for this vast stretch of time not because evolution needed time to occur, but because God created the Earth in a toxic and uninhabitable form and had to allow natural processes to arrive at a breathable atmosphere and geologic balance before man could live there.

“For nearly two billion years, Earth’s atmosphere contained no oxygen. The reasons for Earth’s lack of atmospheric oxygen are (1) oxygen reacts very rapidly with gases thought to comprise Earth’s early atmosphere; and (2) nothing operating on the early Earth produced oxygen in significant quantities. Around 2.7 billion years ago, photosynthetic organisms (those that use sunlight to produce energy and release oxygen in the process) appeared in abundance. Yet even with this potent source of oxygen, the geologic record shows no evidence for oxygen in the atmosphere for the next few hundred million years. As it turns out, geological activity below Earth’s surface likely served as a big hole, draining the oxygen from the atmosphere.

“Our testable creation model says God created dinosaurs to roam the Earth roughly 230 million years ago, and many different types of these creatures dominated the landscape. Their time on Earth ended when a 6 mile-wide asteroid impacted Earth 65 million years ago.”

Hugh Ross also said, elsewhere on the same site, “Starting about 2 to 4 million years ago, God began creating man-like mammals or “hominids.” These creatures stood on two feet, had large brains, and used tools, Some even buried their dead and painted on cave walls. “However, they were different from us. They did not worship god or establish religious practices. In time, all these man-like creatures went extinct. Then, about 10 to 25 thousand years ago, God replaced them with Adam and Eve.”

“Progressive Creationists ‘do not literally interpret Genesis’ six days of creation as lasting for 144 hours; rather, they view the six days as metaphorically standing in for the ages required for life to develop.'”

Theistic Evolutionists “believe in God but do not think Scripture can shed light on geology or cosmology. In their view, God created the universe, but natural processes created the stars, planets and life on earth.” http://www.ehow.com/facts_5862882_progressive-creationism-vs_-theistic-evolution.html

There are many, many websites contrasting Progressive Creationists and Theistic Evolutionists in more detail, but these are the basic points.

While there are many scientific problems with these positions, both positions are impossible with a young earth. The following link is a brief overview of the scientific evidence for a young earth. https://findleyfamilyvideopublications.wordpress.com/2011/09/30/chapter-fourteen-from-antidisestablishmentarianism-what-does-the-scientific-evidence-prove/

These are not evolutionary issues, but hard science, astronomy, chemistry and physics.

The major issue with the Biblical text is simply one of belief. The information in the Bible is straightforward. It teaches 24-hour days. The genealogies are presented as history. Moses wrote these as legal documents. There is no reason to reject these as literal history.

One final warning. Even though Hugh Ross does not attach any philosophical meaning to the term “progressive,” it is important to note the danger of using this term. The concept of “Progressivism” originated around the time of the French Revolution. It has come to be associated with many kinds of revolution and the overthrow of conservative, freedom-based society in favor of socialism or communism.

6 thoughts on “What Is “Progressive Creation” ?”