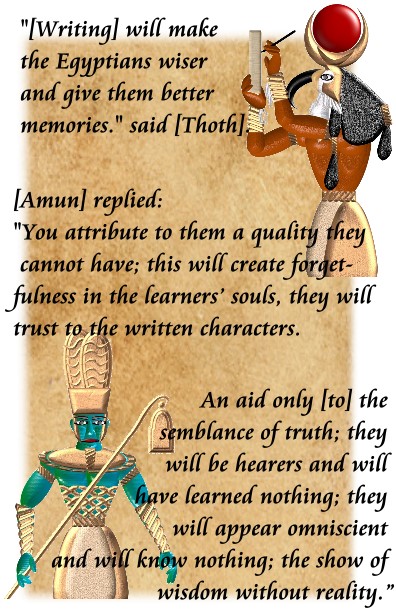 While Secular Humanism or Secularism has many beliefs, there are some core beliefs. These Fundamentals are written down in their Authoritative documents such as the Humanist Manifestos I, II and III and A Secular Humanist Declaration by CODESH (Council for Democratic Secular Humanism) co-authored by Paul Kurtz and Edwin H. Wilson, both editors of The Humanist magazine.

Secularists believe that written documents are more reliable, trustworthy and accurate than oral traditions. This secularist belief is less foundational and widespread than the belief in deep time. However, it is still a dangerous error.

Here is one simple example. You buy the latest techno gadget. It comes with several lengthy manuals. The average person will know someone who already owns the gadget and gets a quick verbal course on how to use the new gadget. In this case, the oral communication is more important than the written communication.

The important point: truth and facts are the issue. It is easier to pass on written information to many people than oral communication, but we should judge the information on its own merits, not on how it was communicated.

More discussion on oral versus written tradition is in Chapter Six of Antidisestablishmentarianism, which can be read here: https://findleyfamilyvideopublications.wordpress.com/2011/10/08/secular-humanism-americas-establishment-of-religion/