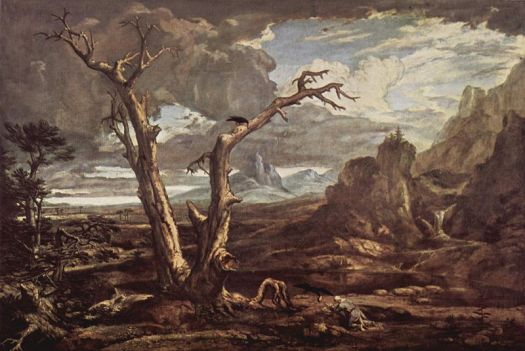 Behold, I will send you Elijah the prophet before the coming of the great and dreadful day of the LORD: Malachi 4:5
And (Jesus) was transfigured before them: and his face did shine as the sun, and his raiment was white as the light. And, behold, there appeared unto them Moses and Elias talking with him. Matthew 17:2,3
And it came to pass, as they still went on, and talked, that, behold, there appeared a chariot of fire, and horses of fire, and parted them both asunder; and Elijah went up by a whirlwind into heaven. And Elisha saw it, and he cried, My father, my father, the chariot of Israel, and the horsemen thereof. 2 Kings 2:11,12
Elijah set the standard for a powerful prophet. John the Baptist was given “the spirit and power of Elijah.”
And he shall go before him in the spirit and power of Elias, to turn the hearts of the fathers to the children, and the disobedient to the wisdom of the just; to make ready a people prepared for the Lord. Luke 1:17
Elisha wanted a double portion of Elijah’s Spirit.
And it came to pass, when they were gone over, that Elijah said unto Elisha, Ask what I shall do for thee, before I be taken away from thee. And Elisha said, I pray thee, let a double portion of thy spirit be upon me. 2 Kings 2:9
So how do we explain Elijah talking to the Lord in the cave at Horeb near the beginning of his ministry?
And the LORD said unto him, Go, return on thy way to the wilderness of Damascus: and when thou comest, anoint Hazael to be king over Syria: And Jehu the son of Nimshi shalt thou anoint to be king over Israel: and Elisha the son of Shaphat of Abelmeholah shalt thou anoint to be prophet in thy room. And it shall come to pass, that him that escapeth the sword of Hazael shall Jehu slay: and him that escapeth from the sword of Jehu shall Elisha slay. 1 Kings 19:15-17
These are rather straightforward commands. Yet Elijah never anointed Hazael or Jehu. As soon as Elijah left the cave, he anointed Elisha.
So he departed thence, and found Elisha the son of Shaphat, who was plowing with twelve yoke of oxen before him, and he with the twelfth: and Elijah passed by him, and cast his mantle upon him. And he left the oxen, and ran after Elijah, and said, Let me, I pray thee, kiss my father and my mother, and then I will follow thee. And he said unto him, Go back again: for what have I done to thee? And he returned back from him, and took a yoke of oxen, and slew them, and boiled their flesh with the instruments of the oxen, and gave unto the people, and they did eat. Then he arose, and went after Elijah, and ministered unto him. 1 Kings 19:19-21
The word the Lord gave to Elijah in Horeb means anoint. Elijah threw his mantle on Elisha. Is that an anointing? There is no record anywhere in the Word of God that Elijah even met either Jehu or Hazael. These men were left to Elisha. Hazael came to Elisha when Benhadad, king of Syria, was ill.
And Hazael said, (to Elisha) But what, is thy servant a dog, that he should do this great thing? And Elisha answered, The LORD hath shewed me that thou shalt be king over Syria. 2 Kings 8:13
And not even Elisha met Jehu.
And Elisha the prophet called one of the children of the prophets, and said unto him, Gird up thy loins, and take this box of oil in thine hand, and go to Ramothgilead: And when thou comest thither, look out there Jehu the son of Jehoshaphat the son of Nimshi, and go in, and make him arise up from among his brethren, and carry him to an inner chamber; Then take the box of oil, and pour it on his head, and say, Thus saith the LORD, I have anointed thee king over Israel. Then open the door, and flee, and tarry not. So the young man, even the young man the prophet, went to Ramothgilead. And when he came, behold, the captains of the host were sitting; and he said, I have an errand to thee, O captain. And Jehu said, Unto which of all us? And he said, To thee, O captain. And he arose, and went into the house; and he poured the oil on his head, and said unto him, Thus saith the LORD God of Israel, I have anointed thee king over the people of the LORD, even over Israel. 2 Kings 9:1-6
Just something that I really wonder about. Commentators have varying opinions. Anyone have any comments or thoughts about this? Was Elijah disobedient? Was this a case of representatives (Elisha and the son of the prophet) acting for him and so fulfilling the command?