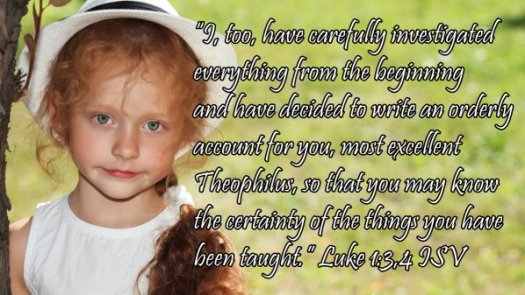 Simony is profiting materially from a gift which God has given freely.

“Now when Simon saw that the Spirit was given through the laying on of the apostles’ hands, he offered them money and said, “Give me this power too, so that when I lay my hands on someone, he will receive the Holy Spirit.” But Peter told him, “May your money perish with you because you thought you could obtain God’s free gift with money! You have no part or share in what we’re saying, because your heart isn’t right with God. So repent of this wickedness of yours, and pray to the Lord that, if possible, your heart’s intent may be forgiven you. For I see that you’re being poisoned by bitterness and you’re a prisoner of wickedness!” Simon answered, “Both of you pray to the Lord for me that none of the things you have said will happen to me.” (Acts 8:18-24 ISV)

Simon was wrong, but he was also ignorant. When his sin was pointed out, he seems to have repented. Nothing more is said about Simon. Today we have charlatans with no ethics, morals, or understanding of the Word of God making public spectacles both of themselves and others for personal gain and self-promotion. These charlatans do not invalidate the legitimate working of God’s Holy Spirit. However, God does not work today in any way which will bring dishonor to His holy name.

While God certainly works through standard medical procedures, such as the efficient, kind, and skilled efforts of nurses, doctors, and hospitals, God also miraculously heals today like he did in New Testament times.

Because of the endless harassment of self proclaimed “skeptics,” every one of the people I know who were personally healed do not want to talk about the experience. Today the charges by those in power would not be that the healing took place on the Sabbath or if the healer was a sinner. Instead the skeptics would harass the one healed with endless testing, examining records to see if he really had the disease to begin with, fights, disagreements, and it would sound very much like the man Jesus healed of blindness. Here is the complete story from John 9.

Jesus was walking along, he observed a man who had been blind from birth. His disciples asked him, “Rabbi, who sinned, this man or his parents, that caused him to be born blind?” Jesus answered, “Neither this man nor his parents sinned. This happened so that God’s work might be revealed in him. I must do the work of the one who sent me while it is day. Night is approaching, when no one can work. As long as I am in the world, I am the light of the world.” After saying this, he spit on the ground and made mud with the saliva. Then he spread the mud on the man’s eyes and told him, “Go and wash in the pool of Siloam” (which is translated “Sent One”). So he went off, washed, and came back seeing.

Then the neighbors and those who had previously seen him as a beggar said, “This is the man who used to sit and beg, isn’t it?” Some were saying, “It’s him,” while others were saying, “No, but it’s someone like him.” He himself kept saying, “It’s me!” So they asked him, “How, then, did you gain your eyesight?” He said, “The man named Jesus made some mud, spread it on my eyes, and told me, ‘Go to Siloam and wash.’ So off I went and washed, and I received my sight.” They asked him, “Where is that man?” He said, “I don’t know!”

So they brought to the Pharisees the man who had once been blind. Now it was a Sabbath day when Jesus made the mud and healed his eyes. So the Pharisees also began to ask him how he had gained his sight. He told them, “He put mud on my eyes, then I washed, and now I can see.” Some of the Pharisees began to remark, “This man is not from God because he does not keep the Sabbath.” But others were saying, “How can a sinful man perform such signs?” And there was a division among them. So they asked the formerly blind man again, “What do you say about him, since it was your eyes he healed?” He said, “He is a prophet.”

The Jews did not believe that the man had been blind and had gained sight until they summoned his parents and asked them, “Is this your son, the one you say was born blind? How does he now see?” His parents replied, “We know that this is our son and that he was born blind. But we don’t know how it is that he now sees, and we don’t know who opened his eyes. Ask him. He is of age and can speak for himself.” His parents said this because they were afraid of the Jews, since the Jews had already agreed that anyone who acknowledged that Jesus was the Messiah would be thrown out of the synagogue. That’s why his parents said, “He is of age. Ask him.”

The Jewish leaders summoned the man who had been blind a second time and told him, “Give glory to God! We know that this man is a sinner.” But he responded, “I don’t know whether he is a sinner or not. The one thing I do know is that I used to be blind and now I can see!” Then they asked him, “What did he do to you? How did he heal your eyes?” He answered them, “I’ve already told you, but you didn’t listen. Why do you want to hear it again? You don’t want to become his disciples, too, do you?” At this, they turned on him in fury and said, “You are his disciple, but we are disciples of Moses! We know that God has spoken to Moses, but we do not know where this fellow comes from.”

The man answered them, “This is an amazing thing! You don’t know where he comes from, yet he healed my eyes. We know that God doesn’t listen to sinners, but he does listen to anyone who worships him and does his will. Ever since creation it has never been heard that anyone healed the eyes of a man who was born blind. If this man were not from God, he couldn’t do anything like that.” They asked him, “You were born a sinner and you are trying to instruct us?” And they threw him out.

Jesus heard that they had thrown him out. So when he found him, he asked him, “Do you believe in the Son of Man?” He answered, “And who is he, sir? Tell me, so that I may believe in him.” Jesus told him, “You have seen him. He is the person who is talking with you.” He said, “Lord, I do believe,” and worshiped him. Then Jesus said, “I have come into this world to judge it, so that those who are blind may see and so that those who see may become blind.” Some of the Pharisees who were near him overheard this and asked him, “We aren’t blind, too, are we?” Jesus told them, “If you were blind, you would not have any sin. But now that you insist, ‘We see,’ your sin still exists.” (John 9 ISV)

I understand that unbelievers will not be convinced by the following. After all, I am in the position of Doctor Luke, not an eyewitness, but a faithful investigator. “I, too, have carefully investigated everything from the beginning and have decided to write an orderly account for you, most excellent Theophilus, so that you may know the certainty of the things you have been taught.” Luke 1:3,4 ISV

I was not personally involved in any of these events. I understand that many of you will choose to not believe for that reason alone. So be it. I am not putting these experiences on the level of the Word of God. Though it is possible to deceive me, I have investigated enough of these healings that I believe the accounts to be genuine.

I am only going to include two accounts in this article, though I know of more. This is written to glorify God by testifying that God is still a God of the miraculous today. I also do not wish to cause problems for the people involved.

The first account happened many years ago. A child with a deformed leg had visited many doctors over a period of years and was told that his condition was something he would have to live with. Believing in the words of the Book of James, his parents requested that the elders of their Church anoint their child with oil and pray for him.

Is anyone among you sick? He should call for the elders of the church, and they should pray for him and anoint him with oil in the name of the Lord. And the prayer offered in faith will save the person who is sick. The Lord will raise him up, and if he has committed any sins, he will be forgiven. (James 5:14, 15 ISV)

He had never done anything like this before, and at the time the pastor related this to me, he had not done this since. He presented the request to his deacon board and they agreed. Without much faith, the pastor, the deacons, the child and at least one of the parents assembled in his study with the doors closed. Each of them prayed, the pastor poured a very small amount of oil on the child’s head, and … nothing happened. The child left and the pastor and deacons remained in the office. In just a few minutes they heard a knock on the door. The child stood there with two normal legs. There was no sound or light. No one even saw the healing take place. It was completely private. However, there were medical records before and after. This family’s experiences with the medical profession at that time caused them to request complete privacy.

The second instance is very recent. Two Muslim women, a mother and daughter, living in the Middle East, were contemplating suicide. The mother had Multiple Sclerosis. She had visited the hospital for years with multiple MRIs to verify her condition. All the male family members left on a trip and that was when they planned to commit suicide, since the daughter could no longer handle the burden of caring for her mother. The mother heard about Jesus the Messiah through a TV program that same day. She called on Jesus to prove that He was real by healing her MS. They decided to commit suicide the next day.

Though her request does not follow any specific scriptural promise, the next day she did not have any of her usual MS symptoms and was taken to the hospital. The hospital preformed an MRI and said that she no longer had any evidence of MS. When she testified that she prayed to the Jewish Jesus, her life was threatened.

Every modern case of real healing that I have researched had many similarities. There was medical evidence and treatment both before and after. They were very few people involved. It was never a public spectacle. No one profited financially. Just like the blind man in John 9, there were problems with people in power. If you are ever involved in healing, expect great opposition, both from spiritual forces and unbelievers. But the most important point is that the healings glorified God.

Therefore, whether you eat or drink, or whatever you do, do everything for the glory of God. (1 Corinthians 10:31 ISV)