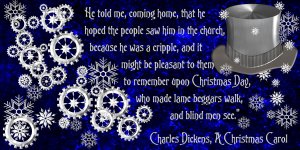 As we finished our lunch, instead of Rose, the thin, sallow girl I had learned was called Dulcinea, the Campbells’ adopted daughter, entered, bearing a cunningly carved elephant cup of fragrant wood brimming with frothy milk.

“Thank you, Dulcy,” Kera said warmly. I started, noticing that the child’s left hand was only a withered claw. She did not speak, either, just bobbed and awkward curtsy to both of us and left.

“Rose told me Doctor Mac rescued Dulcy from a hospital after her indigent mother died,” Kera sighed. “And Rose adopted her before they were married. Dulcy was the beginning of Rose’s ministry to orphans. She is so blessed to have those two as parents. All of these children are so blessed, to be covered in prayers and taught to praise.”

She looked wistfully out the window as Rose darted by, having apparently challenged Oliver to a race. The two had comets’ trails of children screaming and running joyfully after them.

“Doctor Twist spent his childhood starving, cleaning hemp and making coffin-linings. He told me the coffin-maker made him march in the funeral processions because he had such a sweet face and looked so like a mourning angel, wearing a black top-hat and bearing ostrich plumes. He said the man thought to have him made into a mute — that it would make him more valuable as a mourner and people would pay more for funerals. I thought my upbringing was a horror story.”

She fell silent and I saw that she was nodding off over the last of her milk. “Are you strong enough to get yourself off to bed?” I asked.

“I can manage.” Kera rose slowly and approached my bed. “Now I can kiss you and you need not fear me.” She bent down and placed her lips on my forehead. “Rest well, my father in Christ.”

Free sampler of the first book 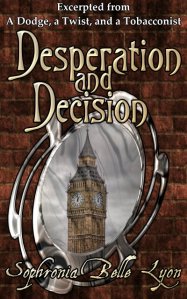 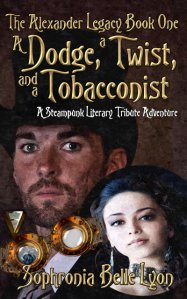 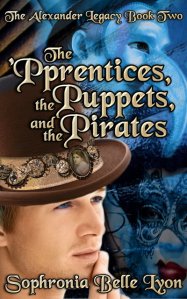