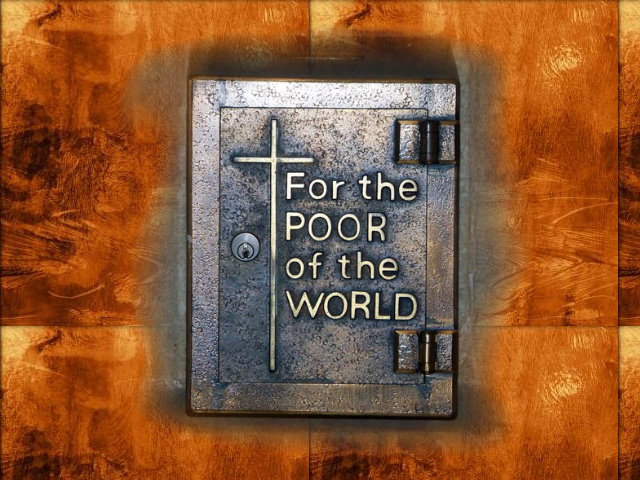 And now abideth faith, hope, charity, these three; but the greatest of these is charity. (I Corinthians 13: 13)

I would like to give you a million dollars to help people. The only stipulation is that you cannot spend the money on yourself or your friends. What would you do with it?

Before we go any further, I do not have a million dollars to give to anyone, so this is all hypothetical. But I seriously want people to think about this issue.
The average person, perhaps everyone, has a list of people with needs in mind right now and ways to help them. That is very good. I have two reasons for writing this blog. The first reason is to help us grasp God’s concept of a gift and giving. Obviously, just giving someone money is not always the best solution. How much? What strings are attached? To what purpose? These are all important questions.

So wouldn’t it be better to have two million or three million instead of just one million? Or maybe ten million? Of course, you are thinking, “What a foolish question.” However, we live in a world where that is possible.

The answer is investing. God actually commands us to invest. Stop storing up treasures for yourselves on earth, where moths and rust destroy and where thieves break in and steal. But keep on storing up treasures for yourselves in heaven, where moths and rust do not destroy and where thieves do not break in and steal, because where your treasure is, there your heart will be also. (Matthew 6:19-21 ISV)

But the Word of God also says, But whoever has the world’s goods, and sees his brother in need and closes his heart against him, how does the love of God abide in him? (I John 3:17)

So now you are in a position of having one million dollars to use in the best way possible. Under US law we have trust funds. Many other counties have similar legal options, though they use different terms.

A trust fund works on averages. The average return on investment is down now and has been for years. But an average of 7% annually worked very well for the Reagan, (George H. W.) Bush, Clinton, and (George W.) Bush presidency years.

Option two: You give the entire amount away the first year and you have nothing left to help anyone in the future.

Option three: You invest the entire amount. You have nothing to give out the first year. At the end of the first year your million dollars returns $70,000. One percent ($10,000) is needed to pay fees to keep the fund in existence. In the real world, one million dollars is too small of an amount to set up as its own fund and will need to be combined with several other small funds. But just as an example, this is how it will work. One percent ($10,000) must go back into the fund to cover the cost of inflation. This is not a fixed amount, but varies from year to year depending on the inflation rate. This allows for the fund to be of same value from one year to the next even though inflation decreases the overall value of the fund.

The same principles work with savings as well.