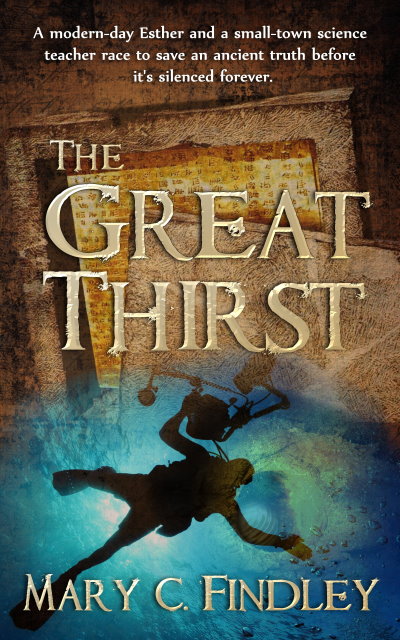 Chapter One – “Mr. Safety”
“Hey! Watch where you’re going, and what kind of car is that, anyway?”
Keith Bradley jumped out of the way of an incredibly red and shiny thing that didn’t seem to make any noise at all as it tried to slide past him into the van lot at Bradley Central.
“You’re the one who stuck your great big foot into the street, doofus!” The driver was even more incredible than the car. Her highlighted brown hair framed a face that looked about sixteen and she pulled off some designer sunglasses that didn’t look like knockoffs. But who says doofus, anyway? “And it’s a Tesla.”
“A whatsla?” Jermaine Tufo gawked around Keith’s shoulder.
“A Tesla?” Keith repeated. “You’re kidding me, right? As in, the most awesome electric car ever made? Are you a new student?”
“Student? Are you hitting on me, kid? I’m the new English Lit teacher. Ms Ramon to you.”
“You? A teacher?” Jermaine asked. Keith pushed him out from in front of the car and pointed him in the direction of the side doors.
“Cafeteria, Jermaine, until 07:50. You know the rules.” Jermaine ambled off. “I’m a teacher, too,” he said to Ms Ramon.” Keith Bradley, Science. By the way, the teacher parking is up at the other end of the building. Only the vans come in this way.”
Keith hated parking lot duty. Somehow he’d been pegged as “Mr. Safety” since junior high, when he’d made the mistake of thinking it was a big honor to be appointed to the “Junior Safety Patrol.” Twelve years later he was a Science teacher at Bradley Central, a charter school and homeschool and umbrella school resource center his parents had formed after his tiny hometown school property had been left empty by district consolidation. The building had been renamed in honor of his late principal grandfather.
They still taught traditional classes and programs on a smaller scale. Vans brought in kids for tutoring, “clubs” introducing courses the county vo-tech taught, sports, enrichment classes, or other subjects, some of which homeschool parents had asked for help with. Bradley Central offered everything from all-day traditional programs, live video from the classrooms, individual subjects, PE, Drama, and Art classes. It did not limit itself solely to Christians or homeschoolers but tried to be of service to all parents and students. Keith still stood out in the parking lot, breathing diesel, shouting at kids to get on the right van or get out of the way of …
“Oh, crud. Sorry. Thanks. See you later!” Ms Ramon pulled a tight U-turn right in front of the last van pulling in and the car buzzed away. Yeah, buzzed, Keith repeated to himself for emphasis. A Tesla? That’s like a $100,000 car, minimum! Who is this girl? I mean, woman? First time I miss in-service and look what I miss.
“Who was that crazy woman and what was that crazy car?” Veronica James, the driver of the van the Tesla had almost pasted itself to, hollered out to Keith.
“New teacher, Mrs. James,” Keith spread his hands out helplessly. “Ms Ramon, English Lit. The car is called a Tesla.”
“Some new Japanese thing, huh? Anyway, she ain’t settin’ a very good example for the children, drivin’ like that. And you’re the Safety Director. I hope you’re going to speak to her.”
“Yes, ma’am.” Keith saluted and Mrs. James pulled her van into the offload circle, much to Keith’s relief. Yeah, like I’m ever going to talk to … to … that! He glanced toward the student entrance to make sure all the kids got into the building as the warning bell rang.
A squeal of tires sent Keith sprinting back toward the street. Up at the car parking lot end he spotted a tall black van with dark windows narrowly miss the Tesla as it turned in at the upper lot. The Sprinter van spurted past the school, ignoring the reduced speed limit.
What just happened? Keith stared at the vanishing tail of the Tesla. That Ramon woman might be kind of a crazy driver, but Keith could have sworn that Sprinter was trying to hit her, not avoid her. He shook his head and headed inside.

Fourth period, Keith led his Earth Science class into the auditorium for the usual “Welcome to Bradley” assembly. He cringed when he saw Ms Ramon and her class already seated in the section where his bunch were supposed to sit.
“Mr. Bradley, Lit class is in our seats!” hissed Sonja Gray.
“I see. I see. Hush, Sonja.” Keith counted rapidly. “Just go in here.” He waved them down another row of seats, the ones the Lit class should have taken. A dozen students felt compelled to make comments about these being the wrong rows, as hard as he tried to hush them up.
“The sign’s right there by her elbow,” grumbled Tim deLuca. “Man, I thought English teachers could read.”
He said this as he plopped down beside Keith, right in front of Ms Ramon. She appeared to come out of a trance and looked over at the sign next to her that said, “Science.”
“Oh, crud!” she exclaimed, jumping up and windmilling her arms. “Class! Everybody! We’re in the wrong seats. Get up! Get up! We need to move to – ” Her eyes flicked over to the “Literature” sign at Keith’s elbow. “Up there. Come on!”
“Ms Ramon, it’s okay,” Keith said. “It’s fine. Look.” He reached out with his long legs, hooked the signs with his ankles, and shuffled them until the “Science” one stood next to him. “Sit back down. It’s fine.”
She collapsed back into her chair, redfaced. “I lost a contact,” she confessed. “I have no idea where – ”
Keith risked a look into that little almond-shaped, almond-colored face and found some really big, brown eyes staring back at him from under her soft, gold and chestnut bangs.
“Oh, I see it,” Keith almost shouted, forcing himself back out of the depths of those eyes and taking a breath. “It’s the right one, right? It’s back up in the top corner there.”
“Really? I can’t feel it!” She whipped out a very expensive-looking, lighted, magnifying mirrored compact and peeled back her eyelid. Keith heard and felt rather than saw the reaction of the eleventh graders. He gave them The Eyeball, a look perfected and passed down through three generations of Bradley educators, and they subsided into relative silence and motionlessness.
“Yeah, no, it’s right there – You got it!” Keith crowed. Ms Ramon nipped the contact out of her eye, pasted it to her tongue, and popped it back in.
Every kid for six rows said, in unison, “Eeewww!” But not very loudly, and shut up instantly with the application of another “Eyeball” treatment.
“Thank you so much, Mr. Brady,” she said. “I have been trying all morning to find it. All my classes tried to help, didn’t you?” She batted her eyelashes at the kids from her class.
How can that many kids all roll their eyes at the same time? Keith somehow managed to keep his expression bland, between Ms Ramon’s downright ditziness and the students’ amazing self-restraint.
“It’s Bradley!” muttered someone.
“What was that?” Ms Ramon asked.
“It’s not Mr. Brady, it’s Mr. Bradley. The school is – y’know – like, named after him or somethin’,” a voice supplied.
“Oh, wow, you’re Mr. Bradley? Everybody said at the in-service that you’re the go-to guy if anybody needs help, and they were so right!” Ms Ramon stuck out a hand, rattling twenty or so metallic bangles and displaying no less than eight rings, plus what appeared to be a diamond-chipped manicure – Keith stopped looking her arm, her fingers, her perfect little hand, and shook it. He turned back around as a voice boomed over the feedback shriek that always signaled an assembly getting underway.
“Welcome to Bradley Central!” Keith’s father, the administrator, called out. “Returning students and teachers, no falling asleep. Don’t care how many times you’ve heard me give you ‘Bradley’s Best’, you still might miss something, especially this year, because this year we have something brand new and very special for our high school students. So pay attention. If you miss that very special announcement, well –– You will miss out on an opportunity to make history.”