Our authority is the Word of God and not the opinions of men. But the church historian Philip Schaff had to admit that “The most striking point in the eschatology of the ante-Nicene age is the prominent chiliasm, or millennarianism; that is, the belief of a visible reign of Christ in glory on earth with the risen saints for a thousand years, before the general resurrection and judgment. It was indeed not the doctrine of the church embodied in any creed or form of devotion, but a widely current opinion of distinguished teachers, such as Barnabas, Papias, Justin Martyr, Irenaeus, Tertullian, Methodius, and Bactantius; while Caius, Origen, Dionysius the Great, Eusebius (as afterwards Jerome and Augustine opposed it).” (History of the Christian Church, Volume II:Ante-Nicene Christianity A.D. 100-325)

Schaff continues in the following paragraphs to depart from his usual scholarship and attack Chiliasm while espousing the virtues of his amillennial belief system. He does define Chiliasm with considerable clarity in this section.

“The Christian chiliasm is the Jewish chiliasm spiritualized [unclear what Philip Schaff means by this statement] and fixed upon the second, instead of the first, coming of Christ. It distinguishes, moreover, two resurrections, one before and another after the millennium, and makes the millennial reign of Christ only prelude to his eternal reign in heaven, from which it is separated by a short interregnum of Satan. The millennium is expected to come not as a result of historical process but as sudden supernatural revelation.” (ibid)

The next blog in this series will examine what the Scriptures teach. This blog will only correct some of the false charges made by believers in amillennialism.

The first false charge is that the premillinnial position is based on movies such as the Left Behind series. This does not deserve an answer. Please examine the evidence.

The second is that Chiliasm is turning a minor doctrine which we can disagree about into an issue of fellowship. When the Scriptures are presented in the next blog, you may decide for yourself how important this doctrine is. But it is up to the followers of amillennialism to break fellowship. We will continue to teach what the Scriptures teach. We teach the whole council of God and this is only one doctrine. You are responsible for doctrines you choose to ignore.

The third false charge is that Chiliasm is new doctrine developed in the early 1800s. As Philip Schaff, himself an amillennialist, wrote, that is simply not true. Some knowledge of church history is helpful to understand this point.

During much of the time from the resurrection of the Messiah to the council of Nicea in AD 325, Christianity was illegal. (An interesting sidebar: the formal charge against Christians was atheism, for refusing to worship the Roman gods.) At times Christians were tortured and executed for their faith. At times all Christian literature was burned and those possessing Christian literature were executed. This is called the Ante (before) Nicene period, before the Council of Nicea. All available Christian literature from the Ante-Nicene period was well hidden and someone was willing to die for it. There were no well thought out systematic theologies from this time period. There are no longer original Christian documents of any kind except the books of the New Testament.

Papias (AD 60-130), bishop of Hierapolis in Phrygia, (in Asia Minor) wrote: “there will be a millennium after the resurrection from the dead, when the personal reign of Christ will be established on this earth.” (Papias, book 4)

Justin Martyr (AD 100-165), from his Dialogue With Trypho: “there will be resurrection of the dead, and a thousand years in Jerusalem, which will then be built, adorned, and enlarged, as the prophets Ezekiel and Isaiah and others declare.”

Justin Martyr also wrote, “there was a certain man with us, whose name was John, one of the apostles of Christ, who prophesied, by a revelation that was made to him, that those who believed in our Christ would dwell a thousand years in Jerusalem; and that thereafter the general, and in short, the eternal resurrection and judgment of all men would likewise take place.” 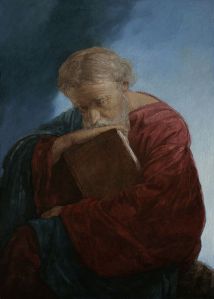 Irenaeus (AD 130-202) Bishop of Gaul (modern Lyons, France). In Against Heresies he wrote, “John, therefore, did distinctly foresee the first ‘resurrection of the just,’ and the inheritance in the kingdom of the earth, and what the prophets have prophesied concerning it harmonize.” (Book 5, chapter 36, paragraph 3)

“But when this Antichrist shall have devastated all things in this world, he will reign for three years and six months, and sit in the temple at Jerusalem; and then the Lord will come from heaven in the clouds, in the glory of the Father, sending this man and those who follow him into the lake of fire; but bringing in for the righteous the times of the kingdom.” (Book 5, chapter 30, paragraph 4)

Tertullian (AD 155-240) “But we do confess that a kingdom is promised to us upon the earth, although before heaven, only in another state of existence; inasmuch as it will be after resurrection for a thousand years in the divinely-built city of Jerusalem, ‘let down from heaven,’ which the apostle also calls ‘our mother from above;’ and, while declaring that our citizenship is in heaven, he predicts of it that it is really a city in heaven. This both Ezekiel had knowledge of and the Apostle John beheld.” Against Marcion, book 3, chapter 25

These four men are representative samples from a time when few documents were preserved.

While modern amillennialists claim premillennialism is a new doctrine, it was the only doctrine of the orthodox Ante-Nicene church. Origen of Alexandria founded a school of thought which allegorized the Old Testament. He stripped the law and the prophets of their historical content and replaced that with inventions from his own mind. This “Alexandrian School” was universally condemned as heresy by Ante-Nicene Christians. Origen and the Alexandrian School were the fountain and foundation of amillennialism. Until embraced by Eusebius and Augustine of Hippo, amillennialism was condemned by the Church.

To repeat the thesis, the Word of God is our authority. But there is abundant testimony that the Ante-Nicene church was Pre-millennial.

Saint James the Just (whose judgment was adopted in the decree of Acts 15:19-29, c. 50 AD.), Public Domain,  from the days.ru open catalogue

all images from Wikimedia Commons