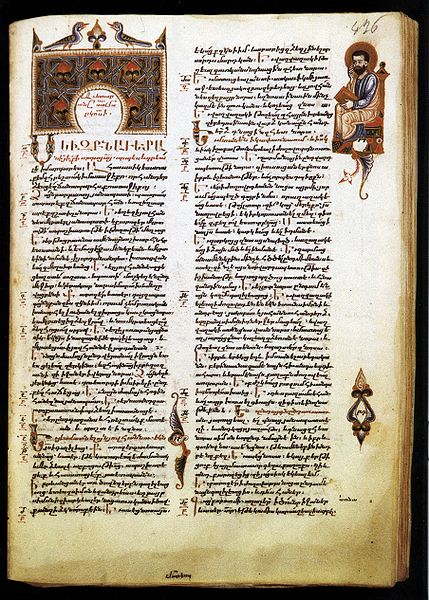 “As you go into the entire world, proclaim the gospel to everyone.” (Mark 16:15 ISV)
The gospel, τὸ εὐαγγέλιον, can be translated good news. But it is not just any good news. A friend getting married, a job promotion, a medical checkup free of disease, and many other types of good news are not the gospel Jesus commands us to proclaim.
This is the beginning of the gospel [good news] of Jesus the Messiah, the Son of God. (Mark 1:1 ISV)

Mark wrote to Romans who knew little or nothing of God and the history of God working in mankind. But the Romans were busy with the activities of this material world and spent little time examining the religion of foreigners. So Mark had to educate his Roman audience about the gospel.

Then [Jesus] went throughout Galilee, teaching in their synagogues, proclaiming the gospel of the kingdom, and healing every disease and every illness among the people. (Matthew 4:23)

Matthew wrote to Jews who knew the Old Testament, but were blinded by additional traditions. So Jesus performed signs to proclaim the gospel to the Jews. When the signs had their attention, Jesus taught them that all of God’s revelation testified of Him. Was the gospel of kingdom which Jesus taught in the synagogues of the Jews different from the gospel of Jesus the Messiah, the Son of God that Mark wrote about to the Romans?

I am astonished that your are so quickly deserting the one who called you by the grace of the Messiah and, instead, are following a different gospel, not that another one really exists. To be sure, there are certain people who are troubling you and want to distort the gospel about the Messiah. Galatians 1:6,7 ISV

But those who are deceived do not realize that they are deceived. Millions of people throughout the world claim to be Christians but display none of the characteristics of Christ. Paul’s concerns were well-founded. Certainly there are babes in Christ who need to grow in Christ. But there are millions who are self-deceived, who believe that they are Christians, but have nothing of Christ in their lives.

This need to define what is and what is not Christianity, at least to the extent that sinful humans can evaluate other sinful humans, resulted in Fundamentalism in America, Canada and to a lesser extent, England. Fundamentalism made creeds of what was minimal for what was and what was not necessary to believe for saving faith.

What is the Gospel of Jesus Christ? There is no simple answer. Only God knows the heart of the individual. But many who claim the name of Jesus are not part of the body of Christ.
Jesus is not a commodity. That it, proclaiming the gospel of Jesus Christ does not mean that we are eternal life insurance salesmen. Accepting Jesus as the Messiah does not mean that we can live the way we used to, just adding Jesus to an already crowded life.

Image Credit: An illuminated manuscript painting by Sargis Ptisak, who was a 14th century Armenian artist. First Page of the Gospel of Mark, Cod. 2627, fol. 436 r. (Matenadaran). Work of Sargis Pitsak scanned from B. Choukaszian, Sargis Pitsak, printed in Finland, 1986. from Wikimedia Commons