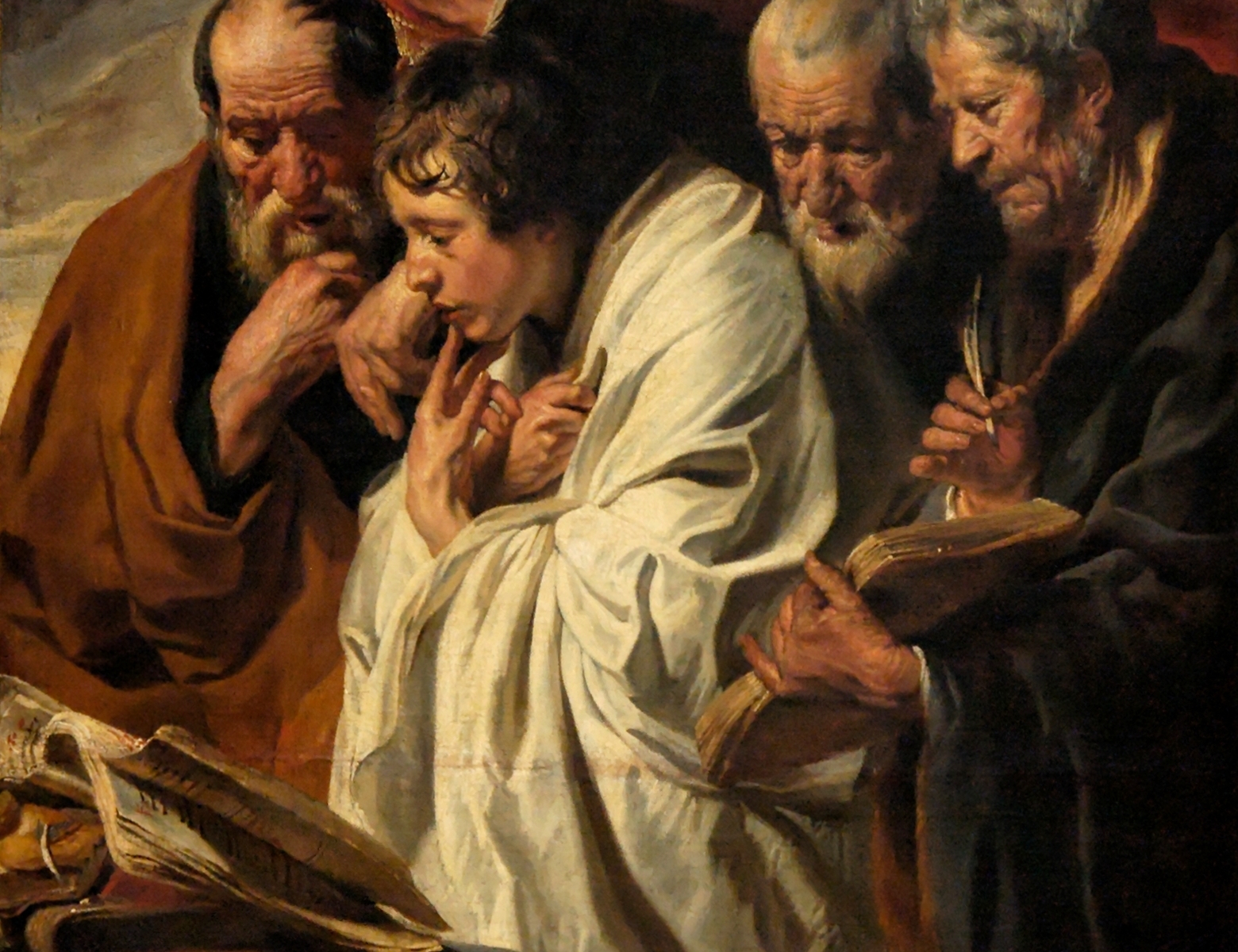 This is the record of the life of Jesus the Messiah, the son of David, the son of Abraham. Matthew 1:1

The Jews knew the Law, the Old Testament, and understood the Messiah. This introduction to the first gospel ever written, just a few years after the resurrection of the Messiah, was either a declaration of the power of God or absolute blasphemy. To the Jewish audience and non-Jews who understood Judaism, this was the clearest possible declaration that Jesus had the legal authority to be the Messiah.

Since many people have attempted to write an orderly account of the events that have transpired among us, just as they were passed down to us by those who had been eyewitnesses and servants of the word from the beginning, I, too, have carefully investigated everything from the beginning and have decided to write an orderly account for you, most excellent Theophilus, so that you may know the certainty of the things you have been taught. Luke 1:1-4

Written after Matthew, probably before Mark, and decades before John, Luke was the only gospel writer who did not personally witness the life of Jesus on earth. Luke’s gospel is based on careful investigation of eyewitnesses. This provides us a different point of view, probably a Greek point of view. Because of his Greek name, many also assume that Luke was not a Jew. Since many people attempted to write about the Messiah, we know that the Spirit of God did not see fit for most of these attempts to survive.

The beginning of the gospel of Jesus Christ, the Son of God. Mark 1:1

Mark is the gospel to the Romans, written decades after Matthew and Luke were well known. It was intended to communicate as much information as possible to very busy people who, at least on the first read, would not spend much time with yet another religious book. However, Romans were used to multitasking and assimilating written material.

So what is this beginning of the gospel? It immediately relies on the authority of the Old Testament, “As it is written in Isaiah the Prophet…” Mark 1:2

Under Solomon, Israel controlled the eastern Mediterranean and sent trading ships far beyond any boundaries the Romans knew. They defeated a million-man army out of Egypt and Africa. Israel still existed as a nation, unlike Assyria, Persia, the Hittites, the Babylonians, and the other kingdoms of the Middle East.

Jews friendly to Rome lived throughout the Roman Empire, including in Rome. The Jewish temple of Herod was larger, covered in gold and the most magnificent building in the entire Roman Empire. The thick, tall walls combined with the water supply of the pools of Bethesda made Jerusalem more defensible than any city in the Roman Empire, including Rome. Jerusalem was also rebellious and difficult to govern. For these and many other reasons, the average Roman was very much of aware of the Jews and their prophets, even if they did not know Isaiah by name.

The Romans also believed in a recent creation by God, or gods, as described in Ovid’s Metamorphoses. The Romans believed in just laws and just administration of those laws. Though Roman beliefs were very different from taught by Moses and in the Torah, Mark believed that he could omit Creation and the Law from his gospel and go immediately to Jesus the Messiah based on the prophets and the testimony of John the Baptist.

Decades later the gospels of Matthew, Mark, and Luke were known throughout the Roman Empire and available to anyone who was interested. John wrote the final gospel to the philosophical Greeks to combat Gnosticism. He took a very different approach, beginning with Creation and Jesus as the Creator.

In the beginning was the Word. And the Word was with God. And God was the Word. All things were made by Him and without Him was not anything made which was made. John 1:1,2.

Creation is where God’s revelation to the Jews begins.

In the beginning, God created the universe. Genesis 1:1

For by him all things in heaven and on earth were created, things visible and invisible, whether they are kings, lords, rulers, or powers. All things have been created through him and for him. He himself existed before anything else did, and he holds all things together. Colossian 1:16,17

He holds everything together by his powerful word. Hebrews 1:3

“What happened to the Messiah’s promise to return? Ever since our ancestors died, everything continues as it did from the beginning of creation.” But they deliberately ignore the fact that long ago the heavens existed and the earth was formed by God’s word out of water and with water, by which the world at that time was deluged with water and destroyed. 2 Peter 3:4-6

All Scriptures are from the International Standard Version.