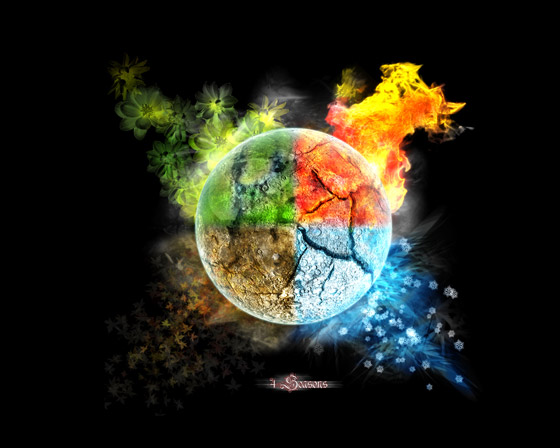 (This is the source of the image above. They have some fantastic things!)

Most of us hear the phrase “seasonally adjusted” with a vague idea that we know what those words mean. Since they have different meanings in different contexts, it can be very confusing. While a complete definition of “seasonally adjusted” can be an entire course in a MBA program, a general understanding will make living in America a little easier.

Sometime around the first of January every year most American businesses take inventory. In factories, ordering and shipping new products slows to a crawl. Schools face snow days, use supplies on hand and reduce or stop ordering supplies. Retail establishments try to reduce inventory without ordering new products. Farm work is at the lowest point of the year. Temporary holiday workers are laid off. Nationally, this is the highest unemployment time of the year. Trucking and rail lines ship the lowest volume of the year. This is the busiest season for accountants and for the purchase of winter supplies such as salt, heating oil and snow removal equipment. Many of America’s most productive workers take extended vacations in January and February. Holiday spending reduces ability to buy at the beginning of the next year. In places where travel is difficult, most entertainment and eating establishments have their lowest sales of the year.

As income tax refunds begin to arrive in late February and weather begins to improve in the Southern states, businesses begin to improve. New hires are added and the overall economy begins to improve. Depleted winter stocks are resupplied. If the improvement is good enough, when a new graduating class in May looks for jobs, there will be enough jobs. If there is not enough improvement in the spring then the new graduates will produce a drag on the economy with a boost in unemployment. Late April/early May is usually a small drop from March/early April as businesses attempt to guess what summer will be like.

May/June usually sees the first harvest of early crops, requiring more workers. Those who can, go on vacation, allowing temporary summer workers to go off the unemployment roles. The newly employed usually spend freely, hurting themselves but helping the overall economy. As bills come due, late June sees a slight slowdown economically. August sees back to school spending increase, students drop off unemployment roles as they go back to school and overall demand for goods remains steady.

September is very difficult to predict for seasonal adjustments. Bad weather across the country turns otherwise good indicators into a slightly bad economy. If the economy is very good, like it was in the 90s (Bush 1 and Clinton) early Christmas spending and good harvests can make a huge economic bubble. In a bad economy (Obama), September can be a mini downturn. The major crops are just beginning to be harvested, Christmas spending has not started yet and people are not ordering durable goods.

Beginning in October, crops have to be harvested and businesses begin preparing for Christmas. Even in poor economies, October/November usually sees an increase. Temporary seasonal workers are hired. Winter supplies are stocked. The only real question is how long does this bubble last? In good economies, this increase in demand can last into January with the last few weeks resulting in great rates for shippers, truckers, trains, airfreight, etc. Some companies are so dependent on this surge in sales for a few weeks that this is the only time of the year they are actually profitable.

In poor economies, people do minimal Christmas buying and the annual slowdown actually starts before Christmas.

These fluctuations vary from business to business. For instance, the entire medical profession is virtually immune to these seasonal variations. Others, such as swimming pool manufacturers, see most of their business at a different time of the year, in this case spring/summer.

The important point is that seasonal adjustments are critical to understanding what is really going on, not just accepting the latest political spin. If unemployment numbers are going up or down, does that indicate a serious problem or is that just “seasonal?”

This is a small attempt to help the average American to have a better understanding of the information around him. This will hopefully help you make more informed decisions.

One thought on “What Is “Seasonally Adjusted?””