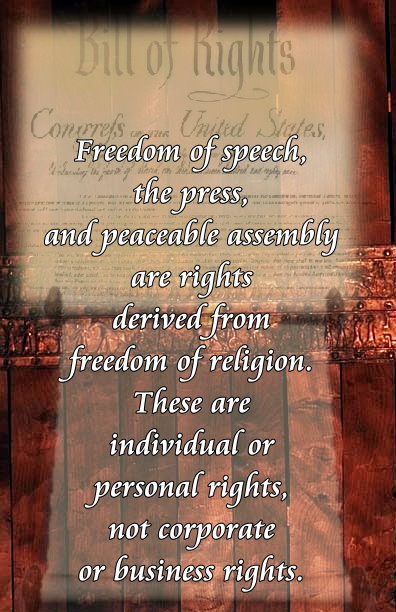 Our position on taxation is: no income tax, no estate taxes, no corporate taxes, no deficits and no delays in implementation. The 16th Amendment was never ratified, so any type of direct taxation by the federal government is unconstitutional. (The Law That Never Was by William J. Benson) Only governments are eternal, so estate taxes will eventually transfer all property to the government. Corporate taxes are double taxes on individuals, while few large corporations ever pay the tax.

America has tried tax reduction in the past, but debt is our biggest enemy. Past tax reductions have not been coupled with spending reductions. Entire Departments, such as the Department of Education and the Department of Housing and Urban Development, are clearly forbidden in the document written in English, the Constitution of the United States (Congress shall make no law respecting an establishment of religion.) Other Departments, such as the Department of Energy, while not openly unconstitutional, are extremely unwise and need to be abolished. Once these spending reductions are brought into line with the greatly reduced federal revenues, the economy will once again grow and the increased tax revenues will pay for our existing debt. Spending must be flat as revenues increase to pay off debt.

The worst character fault is revealed in the men who promised these things, but failed to implement them once in office.

The concept of “separation of Church and State” has elevated Secular Humanism to the position of America’s establishment of religion. This established religion has used its enormous power to ruthlessly attack any who oppose it. We need to return to the religious neutrality of Washington and Lincoln.

The existing Republican Presidential candidates as of November, 2011, all have serious faults in one or more of these areas.

Michele Bachmann did not know that her entire New Hampshire campaign staff quit on the same day. They contacted her national organization, which failed to pass the information on to her. Who actually runs her campaign? Her proposed fiscal policies look good, but as a congresswoman, why has she never presented any of these proposals as bills?

Rick Santorum has good ideas but little support. Without three or four times as much support, his campaign will be one of the first to collapse.

Herman Cain has proposed a new tax (sales) that he claims is revenue neutral. He has no plan for massive cuts in spending. His handling of the sexual harassment charges against him seems weak and flawed. Though he cannot be expected to know everything, we must know who will supply the information he so desperately needs. Who will his advisors be?

Rick Perry pushed for a bill to give illegals in-state tuition at state schools. He attempted to require Gardasil vaccinations for all Junior High girls. This is big government at its worst. He seems to take multiple sides on important issues. He has offered no explanation for his public speaking problems, which would probably make him unelectable in the general election.

Mitt Romney seems to be the most liberal of the Republican candidates. He pushed for and signed into law a state form of Obama’s healthcare which is bankrupting the state of Massachusetts. He has no plan to reduce the size of government. His only positive feature seems to be his ability to create jobs while raising taxes.

Newt Gingrich’s long tenure in Washington has enabled him to become an extremely well paid lobbyist. Many of his clients are organizations which need to be abolished. He is easily the most articulate of the Republican hopefuls and knows the most about foreign policy.

Ron Paul has the most fanatical support for his libertarian principles of any candidate. Without his lukewarm support, George W. Bush would never have been elected. He is the only candidate to seriously propose massive reductions to the federal government. He proposes the most serious tax reductions of any candidate. He also seems to misunderstand how dangerous a world we live in with his proposed military cuts. He co-sponsored a bill with Barney Frank to legalize marijuana.

It seems that once again we are left with a series of choices that boil down to the “least bad.”

One Reply to “So What Do We Expect From A Presidential Candidate?”