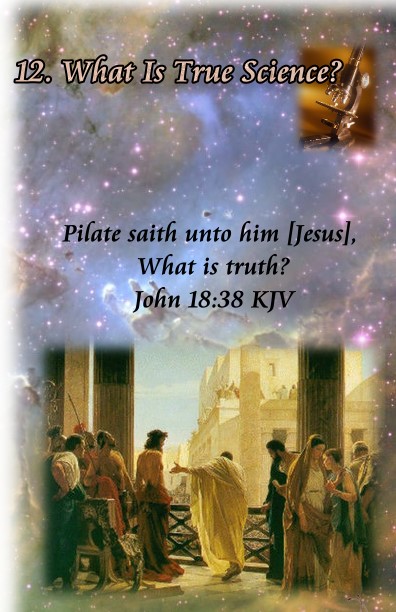 We, as Christians, as often asked by people who believe that they are intellectuals why we believe what we believe. I am not aware of any brief list which is not woefully inadequate. The following list could easily be expanded, but it is a good ready reference. (Please note that many of these points are dealt with in Antidisestablishmentarianism.)

I. Evidence from reason

A. The Design of the universe demands a Designer

B. Life begets life; no scientific evidence of any form of spontaneous generation

1. 1st law of thermodynamics: matter and energy are interchangable and can neither be created or

2. 2nd law of thermodynamics: (entropy) all energy transformations are in a downward direction.

eventual end of complete disorder with the simplest elements, probably only hydrogen, motionless

at a uniform temperature.

A. The value of oral tradition: many cultures disdain writing (Thoth/Plato)

B. All of the oral traditions and writings which are mentioned here are pre-Christian

C. New Zealand: The Lore of the Whare-wananga; or the teachings of the Maori College

E. Mayan: Popol Vuh and The Book of Chilam Balam of Chumayel

H. Babylonian/Assyrian: Enuma Elish: The Seven Tablets of the History of Creation and Another

III. Evidence from the Scriptures

A. The authority of God

1. God existed before the material universe and everything material was created by God. John 1:1-3,

B. The origins of the material universe

IV. Evidence from the material world: What we can know from our senses.

The following scientific facts do not prove the Bible or the Biblical timeline to be true. While each of these scientific facts work within a Biblical framework or timeline, they tend to discredit the possibility of Uniformitarianism.

1. Mitochondrial DNA is passed from mother to daughter

a. estimates of the rate of mutations were made based on uniformitarian assumptions and mitochondrial Eve was estimated to be 144, 000 years old.

2. Neanderthal and Cro-Magnon DNA samples are both well within the range of modern homo sapiens.

3. Lucy and other proposed links between homo sapiens and animals have DNA samples well within the range of modern animals.

3. Carbon 14: it becomes such a small amount that it is almost unnoticeable after about 60,000 years and disappears entirely after a little more than 100,000 years. All fossils which have been tested have C14.

4. all dating methods have an unknown point of origin

4. on top of Mount Everest

in minutes or seconds

1. evidence that Antarctica was once warm

2.  ancient maps with the land mass of Antarctica visible

3. creatures which do not exist today

4. existing city now far from water once a port

3. how they were made; either

b. floated into place

c. used a technology of which we are unaware

4. why they were made

b. protection from earthquakes

N. Diamonds can be manufactured

1. less than a year to make

2. are currently being manufactured in quantity

1. inconsistent flow rate: we do not know how much salt was

coming into the oceans as little as 3,000 years ago.

1. assumption made that each layer represents one year

Conclusion: Many books are written to explain each subpoint. Few people, however, will stay around to listen. This list is a good starting point, however, for honest people who are legitimately seeking the truth.

One thought on “Intellectual Reasons for Belief”