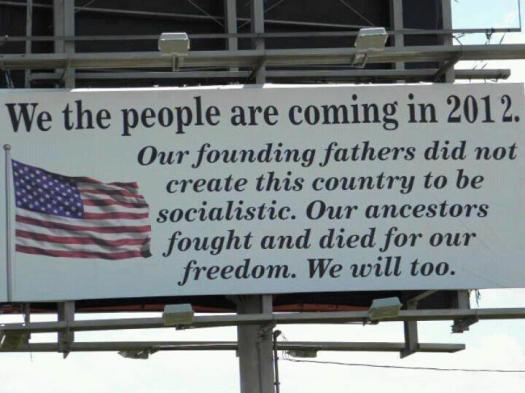 Mitt Romney supporters insist that he must be the Republican Party nominee because he is the only man left who can defeat Barack Obama. In 2008, Barack Obama had 69,456,897 votes to John McCain’s 59,934,814. If Mitt Romney is the nominee and even a small number of registered Republicans refuse to vote for him on principle, then he will have almost no chance of winning the general election. Mitt Romney will take some democrat votes away from Barack Obama, but it is very doubtful that these will come close to offsetting the Republican abstainers. Mitt Romney has only one real hope. Democrats are even more upset with Barack Obama. It is very likely that Democratic turnout will be record lows. Some are making early predictions of the WINNER having less than 50 million votes.

The real problem is that a Mitt Romney nomination will convince millions that the election process is irreparably damaged. Unlike the parasites of the occupy movement, these are taxpayers who actually make this country work.

As Frédéric Bastiat pointed out in his 1849 The Law, when the majority of those who make a country work are convinced the Law has been subverted to the point where there is no hope, there are only two possible choices. The nomination of Mitt Romney will do one of two things. It will either cause those who believe Mitt Romney to be no better than Barak Obama to lose heart and stop working. In this case America will descend into a massive, Soviet style depression. The other, far more likely, response? Armed rebellion.

One Reply to “Irreparably Damaged?”