Christian fiction writers sometimes think their stories are less important than the sermons, essays, and treatises of the “serious” non-fiction writer. But imaginative writing has tremendous power to teach deep truths. For example, many, many people have come to know God through C. S. Lewis’ Narnia stories.

Storytelling is even an effective tool for fund raising. One Christmas, when it was time to send out the monthly newsletter for our crisis pregnancy center, I decided to use a story to help readers understand the problems families faced. Here is the letter I sent out: 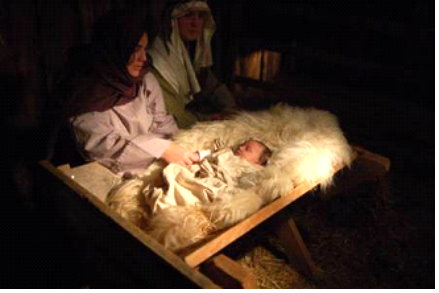 “And she brought forth her firstborn son, and wrapped him in swaddling clothes, and laid him in a manger.” Luke 2:7

Now that was a crisis pregnancy! There is something so heart wrenching about the newborn King lying in a stable when he should have had every luxury in the universe.

Every parent wants the best for their precious little ones. But for some couples like, Carl and Brenda…

June, 1955. Carl was just out of the service and couldn’t find a job. And he had a wife and two kids—Brenda, three-year-old Stevie, and two-month-old Patty. So Carl packed up the family and moved, but with the recession there were no jobs. For a while Brenda worked at the dime store, and Carl stayed home to watch the kids. With no gas for the car, he walked across town when he heard the Shell station was hiring. Sure enough, the sign in the window said, HELP WANTED, but the man inside told him the job had just been filled. It was a long walk back home. “The air Force will take me back,” he told Brenda. But the Air Force was not taking men with two children.

The approaching Christmas season just highlighted their misery. “Well,” Brenda said, “at least Patty is too little to know about Christmas presents.” Or maybe she did and that’s why she cried so much. She seemed hungry all the time, no matter how often she nursed, and Brenda began to wonder if she had enough milk.

Brenda cried in the doctor’s office when he explained that, “yes, you can get pregnant even while you’re nursing.” And when baby Mikey came, he slept in a dresser drawer because Patty still needed the crib.

This Christmas season I am asking you to consider a very special gift so that we can continue to help families like Carl and Brenda’s resist the pressure to abort their baby “Mikey’s.” Your gift will allow us to help with baby supplies—like a crib for the baby to sleep in.

Apparently, my little story helped to put a face on the problems associated with unplanned pregnancies, because donations poured into the center.

Does the story seem to overly sentimental? The “Patty” in the story is me. I’m grateful to be able to use my family’s ordeal to write real good. 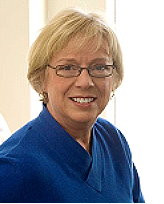 Deborah Heal is the author of the young adult novels Time and Again and Unclaimed Legacy She lives in Waterloo, Illinois, where she enjoys reading, gardening, and learning about southern Illinois history. She is married and has three grown children, three grandchildren, and a canine buddy named Scout (a.k.a. Dr. Bob). Currently, she is working on book three in the Time and Again trilogy.

You may learn more about the author by visiting her website: http://www.deborahheal.com/, her  Facebook Fan Page, and Goodreads. Her books may be purchased on Amazon.com.