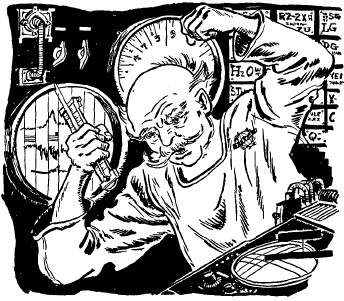 “So what evidence would you accept to prove that the Earth is millions of years old?” an atheist asked me on Christmas day. It is not possible to have a reasoned, intelligent discussion with someone whose opinions (beliefs) are not based on evidence and facts. The question changes facts and evidence into a matter of opinion. That is the very foundation of AntiScience. That question ended my participation in that discussion.

But scientifically, the statement has three parts which need to be defined. 1) What is “that?” Down the street? Are you sitting on it? 2) What is green? Saturation value of 255 while red and blue each have a saturation value of 0? 3) What is a fence? Are you referring to a wall, a pile of stone, a traditional wooden fence?

Seldom, if ever, do we need to be so precise in everyday discussions. Even highly technical scientific discussions are filled with assumptions, such as that the person reading this knows that H is hydrogen and He is helium.

But to replace evidence with opinion is AntiScience. In everyday life we express opinions and that is part of life. “I like that green fence.” “I believe that green is an ugly color.” Both of these are opinions which might start lengthy discussions, but they are not science. Neither are they my opinions. I just used them as examples of opinions.

In the discussion group, I brought up the fact of lunar recession, which is detailed in another blog post as proof for a young Earth. The moon is receding from the earth at a rate of 1.5-2 inches per year (the measurements have been taken repeatedly and there is a very slight disagreement as to the exact amount of recession).

Instead of dealing with evidence, I was attacked and mocked for not believing as they do. Links to articles “debunking” what I “believe” were quickly posted that had nothing to do with my article or my position.

The self-righteous hypocrites who instantly jump to condemn as “ignorant” and “uninformed” anyone who dares to publish evidence and facts which disprove their establishment of religion are AntiScience. Over twenty years ago I saw a St. Louis, MO news piece, carried on both the electronic and print medias. A man was arrested in a park in St. Louis in a drug case. The picture and videos showed a slovenly, haggard man with long, unkempt hair and needle marks. He was a graduate student at Arizona State University. He agreed with the established religion so he could be repeatedly referred to as a “scientist.”

At the same time, well dressed, articulate men with earned PhDs and no criminal records who present evidence against the established religion in this country are vilified by the same media.

Believers in the establishment of religion in this country, Secular Humanism, are intolerant of anyone who presents evidence which contradicts their deeply-held, emotional beliefs.

Illustration From A TOM CORBETT Space Cadet Adventure THE SPACE PIONEERS By CAREY ROCKWELL, 1953, illustrations by LOUIS GLANZMAN. Project Gutenberg Transcriber”s note: Extensive research did not uncover any evidence that the copyright on this publication was renewed.