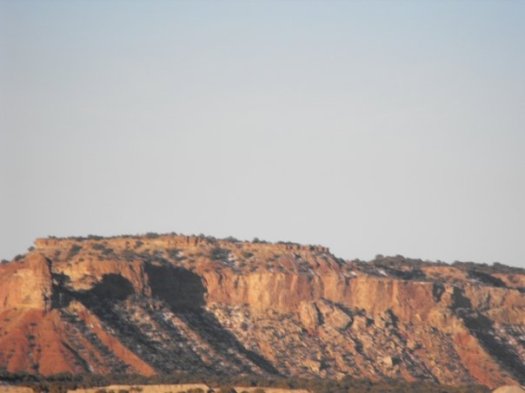 Secularists, when asked for evidence to support their position, reply with comments that show they neither read the article in question, nor do they understand the issues being discussed. Instead they reply with mockery, insults and ridicule. Their comments are usually off-topic.

However, there are a few exceptions. Out of hundreds, perhaps thousands of Secular Humanist comments on the facebook page “Creationism,” I have seen a few attempts to present actual evidence.

First, I wish to thank Secular Humanist James Dickson for defining the Humanist position so clearly in two brief paragraphs. He opens by saying, “When I was walking home from work, I noticed people putting salt on their walkways. I know that salt will create a reaction that will melt the ice. I know this for a fact. I, however, could not see a reaction taking place with my eyes. We would be able to measure the reaction with the proper equipment, but just with my eves, I couldn’t notice a difference.”

Twice he says, “I know.” How do we know this common piece of knowledge? Someone with “the proper equipment,” to use James Dickson’s words, examined, measured and published the results of placing salt on an icy sidewalk. People like James, myself and the rest of you reading this article believe those test results. We have faith in the “proper equipment” and we trust the people publishing the results of their measurements of the reactions. That is exactly the way the words believe, faith and trust are used in the Bible. Those words mean examine and verify evidence, then accept the results of that examination.

James Dickson then continues. “We can’t see evolution over just one generation. It takes eons. It takes a LOT of time for evolution to occur. Why then, do creationists insist that we should be able to see great changes in a few generations?”

I, as a Creationist, have often written similar statements and said that this is what secularists believe. I am always called a liar, because this is such obvious circular reasoning. “Why then, do creationists insist that we should be able to see great changes…?” means “Why do you insist on verifiable evidence?”

In this statement James Dickson is first accepting evolution on faith. He then says that evolution “takes a LOT of time” so of course there is no evidence.

Second, Ecotropic Recombinant Viruses, ERVs, or retroviruses, were presented as proof of evolution. ERVs exist today. They can be examined. However, when I asked how that is a proof of evolution, an article was linked to which “proved” that ERVs are responsible for mammals developing placentas. The article contained many observations of the way ERVs act and react in modern laboratories.

The article had no record of anyone observing anything like a placenta developing from nonplacental tissue. When I brought that key point up, the comments were all along the line that placental evolution occurred millions of years ago. They say that the current evidence proves that ERVs are the mechanism by which placental development must have happened.

Once again, this is circular reasoning, not evidence. Accept evolution as a fact, then believe that EVRs are the mechanisms that caused at least some part of evolution.

I am not this writing to question any of the laboratory work done on EVRs. But neither is any of the research done on EVRs any kind of verifiable evidence of what happened millions of years ago. The current lab work on EVRs demonstrates without question what can be done now, in a laboratory, directed by a human intelligence. There is no verifiable evidence of what an EVR could have done millions of years ago by random chance.

The scientific fact of a placenta today has no scientific connection to EVRs millions of years in the past.

But both of these points collapse if the earth is only 6,000 years old. Evolution requires time, a great deal of time, millions of years. As James Dickson said, “It takes a LOT of time for evolution to occur.” Creationist Science agrees with this statement completely.

So I was very pleased when Jake Benicio Lorenzo attempted to defend the concept of deep time. These earlier points are moot without deep time. He said, “”There are many processes which are simply more than 6,000 years.”

“It takes a photon a minimum 17,000-50,000,000 years to reach the surface of the sun once it is released, and our sun is a comparatively small star compared to others that have been discovered which are much greater in size and density.

This measurement is not perfect. It is, however, considered very good, exceptional for the equipment and information available to Olaf Roemer. Even before this, men were measuring the diameter of the sun. They concluded that the sun was losing mass (shrinking) at a rate of .01 percent per year, on average. They used the same type of equipment and had access to the same information as Olaf Roemer.

Based on centuries of measurements of the diameter of the sun, Lord Kelvin worked with Hermann Ludwig Ferdinand von Helmholtz to develop the Kelvin-Helmholtz contraction theory for the power of the sun. This theory would have the sun too hot for life on earth a mere 50,000 years ago. The current orbit of the earth would have been inside the sun about a million years ago.

The point is that humans have no instruments inside the sun. We have no way of knowing for certain how the sun is powered internally. So the statement that “It takes a photon a minimum 17,000-50,000,000 years to reach the surface of the sun once it is released” is belief, not science.

His next point was craters on moon. (Note that the writer used hyphens as bullet points)

“-When we look at craters on the moon and other bodies in the solar system, we find many craters. Debris are constantly bombarding the moon, however the impact craters that we observe are generally due to more substantial impacts. The newest crater (named Giordano Bruno) is thought to have hit the moon in 1178 AD which was observed by an estimated 5 people – this eyewitness account coincides with the results of independent tests. Many craters have craters within them and those craters often have more craters within them. This helps us to determine how old some of these craters are, and the estimates go way beyond 6,000. Even if you are skeptical about the testing processes, it is difficult to explain how our moon, peppered in many craters could only be 6,000 years old.”

This is very believable. That is, if there was no change in the rate of crater formation on the moon for millions of years. That is an act of faith, not science. It is physically possible for almost every single crater on the moon to have been put there on the same day. Not likely, but possible. Once again, this is not science. The scientific, verifiable fact is that we have no idea when most of the moon’s craters were formed.

“-When we look at certain fossils, we find that they are present on different continents. This is most reasonably explained by continental drift, which is known to take a lot longer than 6,000 years. The following image shows examples of this:

Once again, a superficial look at the evidence might cause someone to come to the conclusion that the earth is “a lot [more] than 6,000 years old.” The fossils are very real. They are very good evidence that there was only one continent sometime before the fossils were embedded. And there are far more fossils which can be presented as evidence.

The problem is “continental drift, which is known to take a lot longer than 6,000 years.” Yes, there was once only one continent. And yes the continents split apart. But scientifically, there is no evidence that the continents “drifted” apart. That “assumes” the continents have always moved at the same, or similar, rate of speed as they are moving now. That is not science. That is faith.

In a paper which does not support creation-science, “Not Continental Drift but Plate Tectonics,” this statement is made. “Plate tectonics enjoys nearly universally acceptance, and Wegener’s continental drift is recognized as a perceptive but fatally flawed forerunner of the modern theory.” The position supported here is that plate tectonics, a comparatively rapid movement of the continents, is true, and Continental Drift is not. The paper can be found at:

It is possible that plate tectonics caused continents to move apart very rapidly, perhaps in less than one year. It is also possible that this is not the way the continents moved. But the scientific evidence does not support the statement than continental drift is known to take more than 6,000 years. People may choose to believe that, but the evidence does not support their beliefs.

Nothing offered as evidence of an earth more than 6,000 years old stands up to true scientific scrutiny. And without millions of years, evolution is not possible.

Graham Hancock, author of Fingerprints of the Gods and other books about archaeological sites he has personally explored and studied in his search for facts about ancient times, is certainly no creationist. Yet he said, “The further back you go, the more that the history that’s taught in the schools and universities begins to look like some kind of fairy tale.”