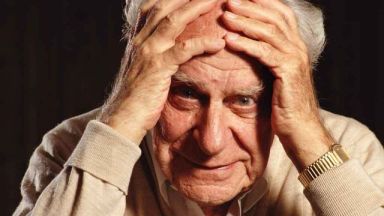 The Scientific method, designed and defined by Newton, applying the universal principles of observation, experimentation, hypothesize, test the results, revise the hypothesis to bring it in line with the observed test results, retest, repeat as necessary, then develop a theory was founded on principles described in the Word of God. These principles were detailed in the last part of this series.

Sadly, the last major scientist to use Newton’s scientific method was Albert Einstein. That does not mean that no scientist anywhere uses the scientific method. But in the academic and professional communities “science” has replaced the scientific method with the materialist doctrine of falsification.
Falsification can be useful, if it’s limitations are recognized. However, the way it is used in the academic community today, falsification departs from science in three ways. Today, falsification, teaches;
Only the material universe exists. There is no spiritual, nonmaterial, or any other kind or type of existence.
Eyewitness testimony is invalid. It falsely creates a divide between scientific, empirical testimony, and legal testimony.
Since the first two points are true, then; experimentation and other material methods can arrive at absolute truth.
The doctrine of falsification was designed and developed by Karl Popper (1902-1994). While Karl Popper was not the only person to arrive at these conclusions, and Karl Popper himself began working on them as early as 1919, they were clearly spelled out in a 1963 paper entitled “Science as Falsification.” The following are some of Karl Popper’s major points of falsification from this paper.

The first point; in the words of Karl Popper, is that true science uses the “empirical method” and pseudoscience is “metaphysical.” Without careful examination, that actually sounds good. However, this means the complete and total rejection of anything spiritual. Only the material world is accepted or even possible. No hint of Intelligent Design, no purpose to life, no cause. The universe is a machine without a purpose or morals. It also condemns Newton’s scientific method as “pseudoscience” because Newton’s scientific method is based on a God who designed and continues to control the universe.
These beliefs make Karl Popper and falsification very popular with Marxists.

Karl Popper, however, did not have the same love for Marxism, psycho-analysis or individual psychology..

He then lists seven tests for falsification or falsifiability. These sound good, but these steps are used to completely exclude eyewitness testimony. By eyewitness testimony we do not mean the three seconds of a crime scene witnessed by people in shock. We mean the people who come to examine the evidence in detail with enough background to know what they are examining and enough time to grasp the significance of the evidence. Sometimes the evidence meets the falsification threshold, such as test firing a gun for a ballistics match. But what about eyewitness testimony which cannot be verified?
For example, an eyewitness observes a crime as it is committed. He has a enough time to get a very clear view of all the details and is capable of identifying all the suspects. He writes a detailed, accurate report. Everything else, all other evidence, is completely destroyed by fire. Nothing is left. By the standard of falsification, this testimony which cannot be verified or reproduced is not science. And because they believe it is not science, under the modern theory of falsification, then they believe that it is not true.
Here are Karl Popper’s seven tests for falsification or falsifiability.

Karl Popper clearly believed Einstein’s theory of relativity passed the falsification test and was true science. Marxism, psychoanalysis, astrology, and individual psychology fail the falsification test. Because these examples line up with our understanding of Newton’s scientific method, we might be deceived into believing that falsification is something good.
I am not an expert on Karl Popper. So it is very possible Karl Popper himself never intended for science to become an all-encompassing belief system, the one and only standard of truth for a materialistic religious system. Perhaps he never intended for eyewitness accounts which would be admissible in any honest legal system to be considered dishonest and inadmissible as a system which thinks of itself as encompassing all truth. I certainly hope that Karl Popper never intended to kill science. Because even though we have a wonderful system of technology capable of developing the most efficient devices ever known, the morality, the why, the concept of “for the good of mankind,” in other words, real science, died with the widespread acceptance of falsification as the ultimate truth.