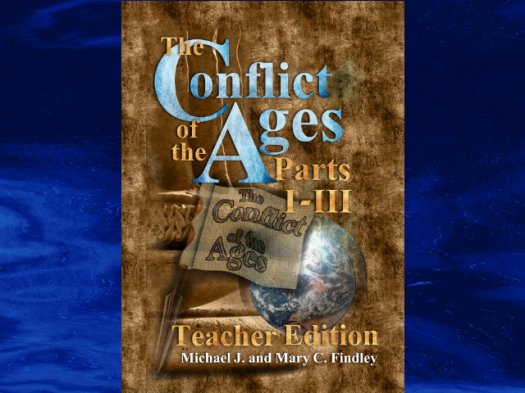 “Facts are stubborn things; and whatever may be our wishes, our inclinations, or the dictates of our passion, they cannot alter the state of facts and evidence.” John Adams
Here is a brief list of certain facts routinely ignored by Secular Humanists.
1) Secular Humanists worked hard for more than one hundred years for recognition as a religion in the USA. Now they can organize as a 501c3 (charitable organization), as a religion if they so choose.
http://www.irs.gov/Charities-&-Non-Profits/Charitable-Organizations/Exemption-Requirements-Section-501(c)(3)-Organizations
http://firstchurchofatheism.com/
“The United States Supreme Court has held that secular humanism is a religion. Belief in evolution is a central tenet of that religion.” Antonin Scalia, in the case Edwards v. Aguillard, U.S. Supreme Court, 1987
2) Gratuitous Assertions do not prove, validate, or authenticate your point in any way. Just because you choose to believe something does not automatically make that belief true.
3) Most Creationists are not scientists, just like most Secular Humanists are not scientists. But denying that Creation Science is legitimate simply makes the denier a religious bigot. Refusing to look at a creationist site for the sole reason that the information disproves your belief system is the standard definition of religious bigotry.
That is the opposite of reading articles, documenting (not asserting) the errors and assuming that the same editorial process will continue to produce the same errors. I have done this for http://www.talkorigins.org/. One example is included in our book Conflict of the Ages Part Three: The Flood and the Ice Age.
4) There is abundant scientific evidence for a young earth. Gratuitously asserting that the evidence does not exist or that the evidence is false is neither honest nor does it make the evidence go away.
https://findleyfamilyvideopublications.wordpress.com/2011/09/30/chapter-fourteen-from-antidisestablishmentarianism-what-does-the-scientific-evidence-prove/
Some examples of this evidence are rapid formation of coal, diamonds, petroleum, petrified wood, and fossils. These are now produced by commercial operations. The modern fossils are of such high quality (so much like geologic fossils) that even National Geographic purchased some modern fossils as geologic fossils.
http://www.bbc.co.uk/science/horizon/2001/dinofool.shtml
Even the USGS and the US Parks service admit that evidence points to catastrophic formation of much of earth’s crust. This includes the formation of the Grand Canyon. The only serious disagreement with Creationists is when these catastrophes occurred.
http://www.amazon.com/Earths-Catastrophic-Past-Geology-Creation/dp/0932766943
http://www.nps.gov/grca/photosmultimedia/rangerminute.htm
With honest geologists there is no question about how, but only about when. We simply hold that the many well-documented catastrophes in the earth’s past occurred during or soon after the flood.
5) Galileo, Isaac Newton, Gregor Mendel, and thousands of other scientists were either Christians or believers in Intelligent Design. Throughout history Intelligent Design has been the majority position among scientists. This has only changed in the last half of the twentieth century. When Arabic Muslim scientists are included along with South American and African scientists, Intelligent Design might still be the majority position.
http://en.wikipedia.org/wiki/List_of_Christian_thinkers_in_science
http://www.godandscience.org/apologetics/sciencefaith.html
6) Denying the possibility of a global flood is dishonest. Many of the imagined problems, such as the amount of water and construction of the ark have been answered in detail.
Noah’s Ark: A Feasibility Study
http://www.amazon.com/Noahs-Ark-A-Feasibility-Study/dp/0932766412
http://worldwideflood.org/ark/safety_aig/safety_aig_comments.htm
Number of animals the ark could hold
http://www.telegraph.co.uk/science/science-news/10740451/Noahs-Ark-would-have-floated…even-with-70000-animals.html
Water; how much and where did it come from? And where did it go?
http://www.amazon.com/Earths-Catastrophic-Past-Geology-Creation/dp/0932766943
7) Secularists often mock Creationists for raising their own funds by selling books, DVDs, charging for events, and asking for donations. These same Secular Humanists have no qualms about living off of government-funded schools and research projects. They complain about Creationists raising their own support while at the same time they live off of money taken by force through the police power of the government.
8) The final, and most important point, is a willingness to examine the evidence honestly.

7 Replies to “Presuppositionalism: The Worship of Deep Time — Post by Michael J. Findley”