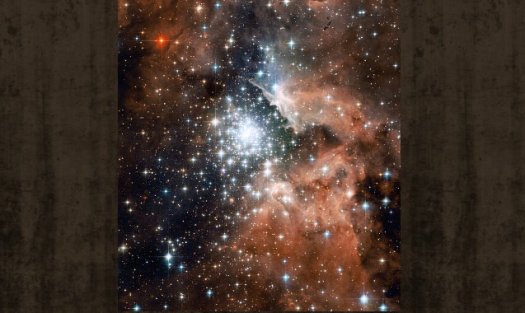 Science is based on evidence.
What existed from the beginning,
what we have heard,
what we have seen with our eyes,
what we observed and
touched with our own hands—
this is the Word of life!
1 John 1:1 ISV

That which was (existed) from the beginning (original creation) (my translation)
If an experiment or procedure cannot be repeated, it is not scientific. John begins with the scientific observation that God is stable and trustworthy. He established a stable universe where the physical processes (scientific laws) remain fixed and can be used to make things (technology). This is true since the final day of creation.
“Because I the LORD don’t change; therefore you children of Jacob, aren’t destroyed.” (Malachi 3:6 ISV)
That which we comprehended (with our ears, heard) (my translation)
The words were not only heard, but the content was understood. John perceived the sense of what was said.
That which we perceived with our eyes (my translation)
John not only observed with his eyes, but he understood what he was looking at. He grasped the significance of what he observed and paid heed to it.
That which we gazed upon (my translation)
John viewed attentively, as a public show. John used his sight to examine carefully, paying attention to detail.
That which we have examined by touching (my translation)
John used his hands as instruments to examine and verify by touch what his eyes had seen and his ears heard.
Concerning the Word of Life (my translation)
John’s examination, perception, understanding, and grasp of the facts were about the Word of Life.
Using human language as precisely and clearly as he could, John states that he and rest of disciples heard, saw and touched the resurrected Messiah. They understood who and what they examined and knew that their examination was accurate.
This is a testimony of a scientific event, using scientific terminology. We have only two choices. We can accept it or we can reject it.

One Reply to “The Scientific Approach — Post by Michael J. Findley”